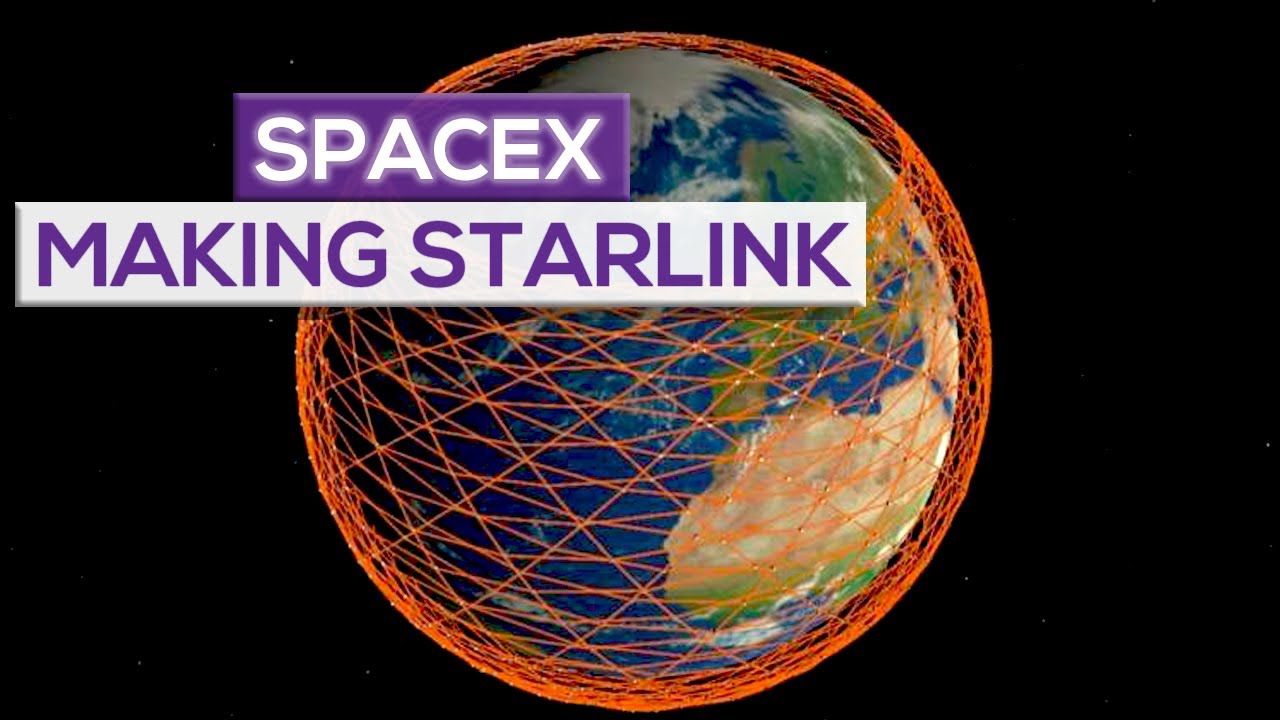 Why SpaceX Is Making Starlink!

From what it is, to what SpaceX’s part in it is, to what it could mean for the future of space travel, and more! Join me as we explore why SpaceX is making Starlink!

SpaceX, created by Elon Musk, is aiming to do a lot of things in the world and beyond right now, including their efforts to put humanity on Mars. But, in the early parts of 2019, they started launching rockets into space for another reason. Mainly, they launched satellites to start up their Starlink program.
What is Starlink? Well, believe it or not, it’s a program that is meant to be used to help bring the internet to people all over the world, including bringing very high-quality internet to people in the most isolated parts of the world. Furthermore, to nations like the US, the intent is to boost the internets’ power so that there will be no latency issues. All you’ll have to do when the internet is “up” is get a special antenna that SpaceX is developing.
Fast forward to March of 2020, and Elon Musk has now gotten 360 of these satellites into space. That number is significant because once it reaches 400 satellites he’ll be able to do a test with some minor coverage over North America. Once he gets to 800 satellites he’ll be able to push that to moderate coverage over the continent. Plus, with each successful launch he’s continuing to test his Falcon rockets and their payload capabilities which will help him during the Mars missions in the future.
If you’re curious as to how many satellites he has planned for the Starlink project to get true worldwide coverage, that would be 12,000. Which of course he plans to distribute over the next decade or so. It’ll take a while, but should it work, it could be a huge deal.
Now, you might be thinking, “Wouldn’t this kind of satellite launching, and network connectivity, and computing power cost all sorts of money?” Yes, yes it would. It’s going to cost Musk and SpaceX billions of dollars to get this to work, and obviously, there is no guarantee that it’ll work the way that Musk hopes. So to that end, why is Musk going through all the trouble of trying to get Starlink up and running?
Let’s start back at the beginning for this, ok? This all started in 2015, when Musk took the stage and announced that they were working on a satellite communications network. Why? Because he believed that there was “a significant unmet demand for low-cost global broadband capabilities.”
To further help with this goal, Musk and his team opened up a new base of operations in Redmond, Washington in order to help them get the satellites built. Which you would think would be a sign that they had a good plan and that they were going to implement it as soon as possible, right? Well…yes and no.
The original plan for Starlink was that they were going to build two prototype satellites, launch them into space, and then test how the reception and broadband signal was. There was just one big problem. While building the satellites were easy enough, making a receiver that people could use to both connect with the satellites, and having it be a “low cost” one…wasn’t so easy. Because of this, instead of launching the satellites in 2016 as intended, they didn’t launch until 2018.
Specifically, February 2018 when the two satellites, called Tintin A & B were indeed launched into space, and they were successfully communicating with the Earth stations down below. This test allowed SpaceX to both ensure that their plan would work, while also refining certain elements to help make sure that everything would be ok for those who aren’t tech savvy. After all, if you make something complicated to use, no one will want to use it, am I right?
Anyway, with THIS success, you’d expect a big celebratory thing to happen, right? Except, it didn’t, not then at least. SpaceX was unusually quiet about everything going on with Starlink until November 2018 when the FCC approved their launching of the full 12,000 satellite grid. A huge win for SpaceX and Elon Musk, because without that approval, they wouldn’t have gotten their worldwide grid goal.
Once that approval was made, the preparations for the launch of the satellites began. Then, in May 2019, the first 60 satellites were launched, and they were done in such a way that you could actually see them in space going into their various positions if you were in the right spot to look.
These satellites are doing more than you think though. They’re not just there to be in the sky to help out with internet connection, or no, they do more than that. They also have ion thrusters that’ll allow them to navigate the rather heavy-laden atmosphere of our planet (which is loaded with space junk) as well as take themselves out of orbit when the time comes for their replacements to arrive.