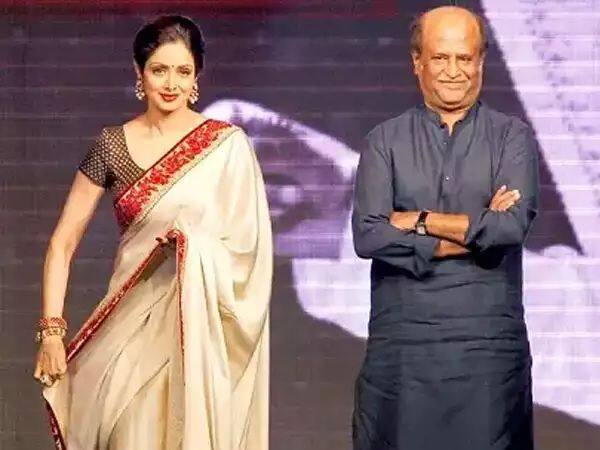 Today, August 13, marks the 57th birth anniversary of versatile actress and lady superstar of 80s and 90s, Sridevi. The actress is remembered for her impeccable performances in films like Lamhe, Chandni, Mr India, English Vinglish, ChaalBaaz and many others. Apart from her acting mettle and dancing skills, the star was known for her humble nature and used to take care of her costars. And we have one incident, which justifies that. In 2011, Rajinikanth fell ill while shooting for Rana and was said to be very critical following which he was shifted to a hospital in Singapore for treatment. Also Read – #CBIEnquiryforSridevi trends on Twitter as fans demand probe into the veteran actress’ accidental drowning case

As soon as Sridevi, who was a close friend of the Kabali star, came to know this, she made a vow to Shirdi’s Sai Baba and kept fast for seven days for his speedy recovery. She went to Sai Baba temple in Pune and prayed there. Sridevi and Rajinikanth had worked over 20 films, which include Naan Adimai Illai, Moondru Mudichu, Johnny, Priya, Adutha Varisu, 16 Vayathinile and others. Post Sridevi’s demise, Rajinikanth arrived at Anil Kapoor’s residence in Mumbai to pay homage to the late actress. She is survived by husband Boney Kapoor and daughters Janhvi and Khushi Kapoor.

Talking about Thalaivar, he will be next seen in Annaatthe. It is Rajinikanth’s third association with production house Sun Pictures after their hit collaboration in the past with Enthiran and Petta. This collaboration is said to be huge since Siva is a superhit director and has given some phenomenal hits in the past. Siva’s directorial Viswasam clashed with Rajinikanth’s last release Petta on the box office earlier in 2019. The two movies were released on Pongal and were box office hits. The film also features Keerthy Suresh, Meena and Nayanthara in prominent roles. The makers are planning to release the film in Pongal 2021.

Entertainment
James Cameron confirms that filming of Avatar 2 is complete