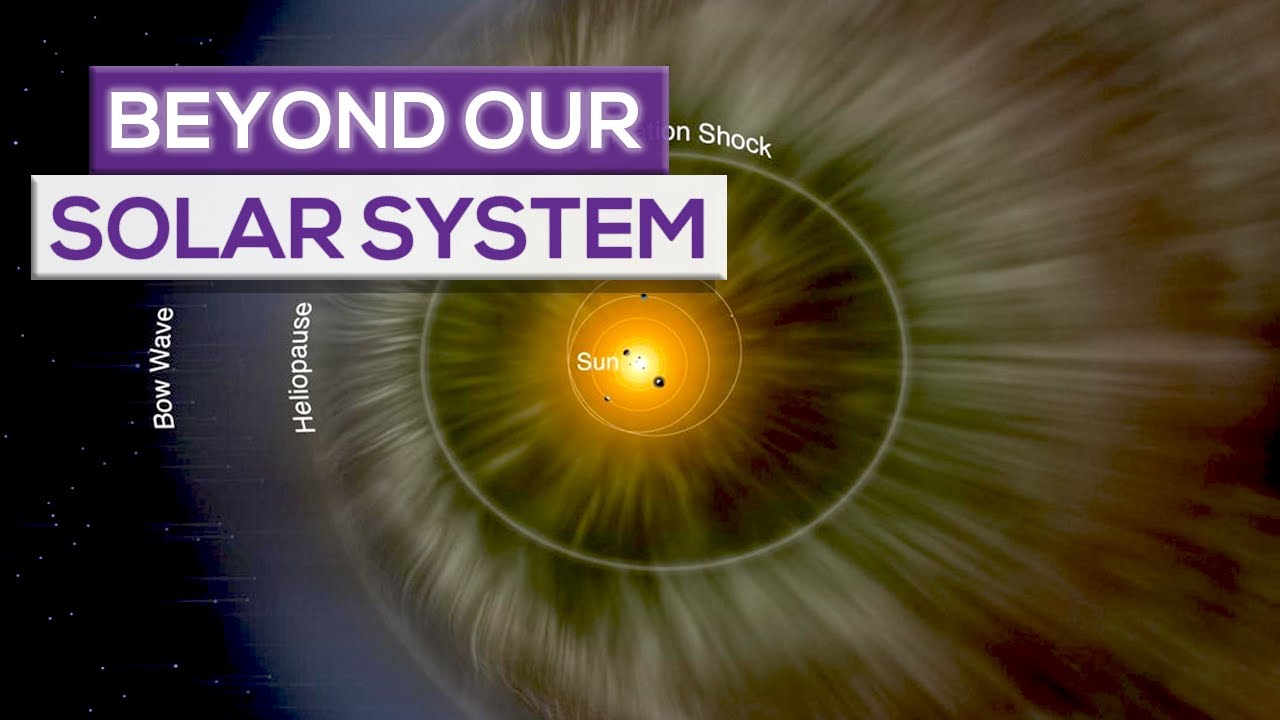 What Lies Beyond Our Solar System?

From the planets, to the stars, to the systems, to the great unknown of the universe, join us as we explore what lies beyond our solar system!
——————————————————————————————-
Subscribe for more videos:
Business Enquiries: lorenzovareseaziendale@gmail.com
——————————————————————————————-
8. The Scope Of Our Own Solar System
Before we look beyond it, let’s take stock of our own solar system and what it all is like. There are 8 definitive planets (and more than that if you count Dwarf Planets like Pluto), we have one star, The Sun, that we orbit around, and within the confines of our system are asteroid belts, various rocks of various sizes, tons of solar rays and radiation, and a whole lot more.
Just in our solar system there is a LOT of stuff to explore. Which is sometimes hard to find because the length of our solar system is about 287.46 billion kilometers long. And even in the year 2020 we’re STILL finding out things about our solar system that are shocking and surprising. But of course, the main goal of humanity as a whole is to do what many have thought is unthinkable. To go BEYOND our solar system and to not just see it, but explore it, and live upon it. To truly become a species that is intergalactic instead of just living in one very small part of the universe.
7. What Lies Immediately Beyond Our Solar System
So let’s posit for a moment that you are able to go and get out of the reach of our solar system. Behind the Kuiper Belt, beyond the Heliosphere, what are you going to find when you reach that edge beyond? What will you see? What will you experience?
The honest and very simple answer…is nothing. Because you’ll be in what is known as Intergalactic Space. Or, the space between galaxies and systems. But to be clear, just because you don’t see anything, doesn’t mean that nothing is there.
“If you took a cubic meter, there would be less than one atom in it,” Michael Shull, an astronomer at the University of Colorado Boulder, told Live Science. “But when you add it all up, it’s somewhere between 50 and 80% of all the ordinary matter out there.”
Scientists are honestly deeply interested in this matter, or “Intergalactic Medium” because of how they feel it forms and even replenishes certain systems via the gas that it provides. The reason for this is that the medium is mostly hot, ionized hydrogen (hydrogen that has lost its electron) with bits of heavier elements such as carbon, oxygen and silicon thrown in. While these elements typically don’t glow bright enough to be seen directly, scientists know they’re there because of the signature they leave on light that passes by.
“IGM is the gas that feeds star formation in galaxies,” Shull said. “If we didn’t still have gas falling in, being pulled in by gravity, star formation would slowly grind to a halt as the gas [in the galaxy] gets used up.”
But because of its small numbers, when you’re floating through space, you’re almost literally floating through empty space. Which is why many note that all the planets and stars and celestial objects only fill up about 5% of the known universe. Everything else is minor matter, Dark Energy and Dark Matter.
6. Systems Beyond Our Own
Ok, so let’s say that you are able to reach another system. What would it be like? Well, that would depend on what you land upon.
Because there are at least 100 billion stars in the Milky Way, a spiral galaxy about 100,000 light-years across. The stars are arranged in a pinwheel pattern with four major arms, and we live in one of them, about two-thirds of the way outward from the center. Most of the stars in our galaxy are thought to host their own families of planets. Thousands of these extrasolar planets (or exoplanets) have been discovered so far, with thousands more candidates detected and awaiting confirmation. Many of these newly discovered planetary systems are quite different from our own.
In fact, part of the fun of astronomy in the eyes of many is going and seeing if you can indeed find a new planet, or star that hadn’t been noticed before, and seeing what details you notice about it. In fact, various agencies from NASA to the ESA and more have made their own satellites and probes and such that they’ve launched into space or our atmosphere to try and get better looks at planets and stars and see what we can find.
Some of the highlights for sure are many planets that are “Earth-Like” in structure or form or shape. Numerous kinds of stars from dwarf stars to binary stars, to Pulsars, Supernovas and more. They’ve found black holes at the center of most galaxies, and that’s still only scratching the surface of things.
4. Exoplanets
#InsaneCuriosity #TheSolarSystem #TheEdgeOfTheUniverse