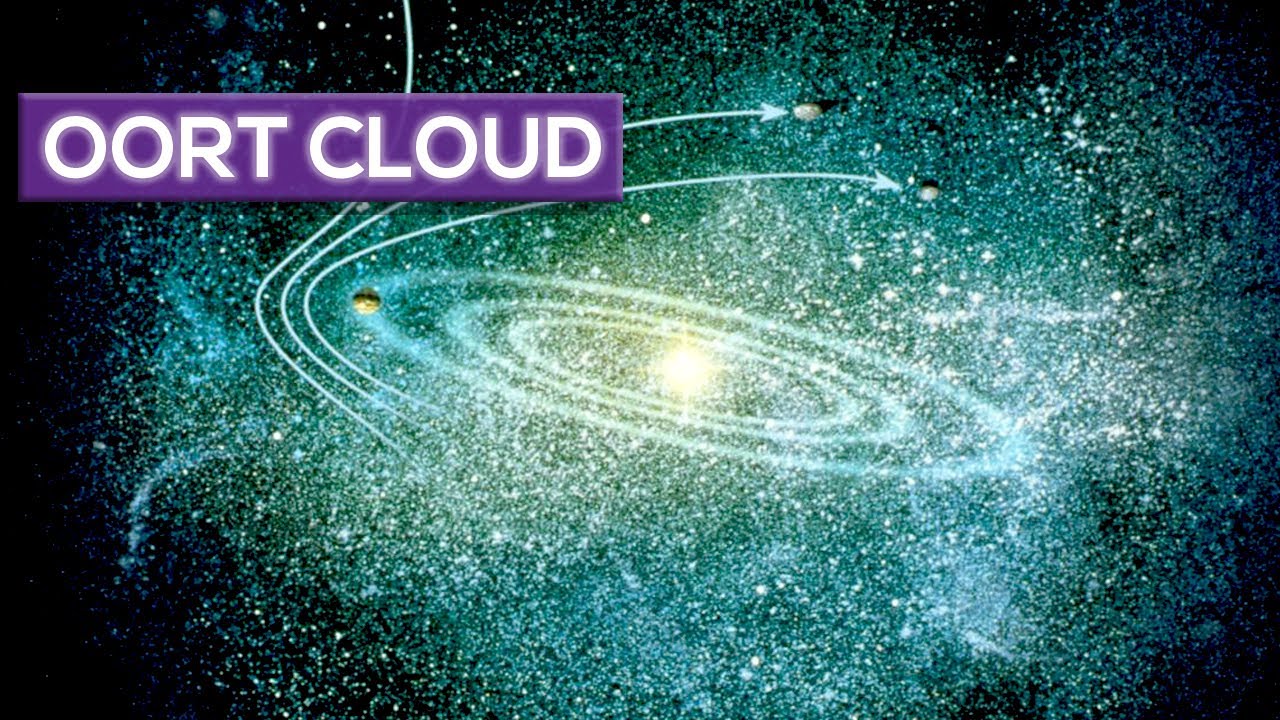 What Is The Oort Cloud?

Looking at where we are now. With our back to the sun, and the Planets, Asteroids and comets behind us, we face Deep Space. There’s nothing between us and the stars that are very far away. Or is there? The Empty space beyond Neptune is not empty. What if we tell you that the Solar system is in the centre of a Giant ice-cloud! This cloud might be filled with billions and trillions of comets and other objects. What is the Oort Cloud?
——————————————————————————————-
Subscribe for more videos:
Business Enquiries: lorenzovareseaziendale@gmail.com
——————————————————————————————-
Before talking about this cloud, let’s talk about what are comets? Comets are cosmic snowballs of frozen gases, rocks and dust, orbiting the sun. They are typically the size of a town.These comets while orbiting the sun, get close to it and in the process are heated. Upon heating, they emit dust and gases into a giant glowing head. The dust and gases form a tail that stretches away from these for millions of miles. There are two main classes of comets : Short-period comets (also called elliptical comets) and long period comets. Short period comets are generally accepted to have emerged from either the Kuiper belt or the Scattered Disc which are two linked flat discs of icy debris beyond Neptune’s orbit at 30 au and jointly extending out beyond 100 au from the Sun. Short period comets have an orbital period of less than 200 years and orbit the Sun in the same plane as the planets. Long period comets have tilted and wildly elliptical orbits and appear from every direction in the sky. Their orbits last for thousands of years. The orbits of comets within the Kuiper belt are relatively stable, and so very few comets are thought to originate there. The scattered disc, however, is dynamically active, and is far more likely to be the place of origin for comets. Comets pass from the scattered disc into the realm of the outer planets, becoming what are known as centaurs. These centaurs are then sent farther inward to become the short-period comets. There are 3,364 comets discovered so far.
But there is a problem here. Comets loose material and burn up when they fly by the sun and melt in the spectacular process which creates those gorgeous tails. After an interval of time comets disappear, and yet new comets keep coming. It’s been nearly 4.5 Billion years to our solar systems birth and yet these comets are still appearing from nowhere. So where are they coming from? And what makes them come toward us? This was a very puzzling question back in the mid- 20th century. It was first theorised and solved by Dutch Astronomer, Jan Oort in 1950. He was also the first person to find the evidence for dark matter. He also found the distance of our Solar System from the Centre of our Milky Way. To understand what he proposed, lets go a bit back in time, about 4.5 Billion years back. Lets Observe our solar system, coalescing out of a flat disk of material around the sun, the inner planets were warmer, smaller and rocky while the outer planets were in a region that was freezing and grew huge. As this part of the solar system was chillier, water came in the form of ice mixed with dust and other stuffs. These pieces would then collide and stick together, and in the process they grew bigger. So, after the planets formed, the region in which they were formed still contained lots of these leftover chunks of ice and stuff called Planetesimals. Planetesimals formed the same material as the planets did. But those outer Jovian planets, they had a lot of gravity and any piece of chunk that got too close to them, were either assimilated in them or got thrown into highly eccentric orbits. They were either thrown towards the sun or flung out into Deep Space. Trillions upon trillions of such ice balls got tossed around by the planets. These small chunks with a very little gravity pulled on the heavy planets and the planets did the same. Though, the gravitational pull of these small chunks of ice was not much, but after trillions of these encounters, it accounted. So, the overall effect of all these encounters was that the Saturn, Uranus and Neptune moved outwards and Jupiter moved Inwards. As Neptune was moving outwards, it had a lot of encounters with these ice chunks and flung them into wild elliptical and tilted orbits. This shuffling and moving of the outer planets is what caused the Late Heavy Bombardment in our solar system.Today, there are three distinct populations of these objects. One is a region called the Kuiper belt, named after the Dutch Astronomer Gerard Kuiper. Comets in this belt have a stable orbit aligned with the planets.

Science & Technology
What If Mosquitoes Were the Size of Humans?
© Blimpt 2020. All Rights Reserved