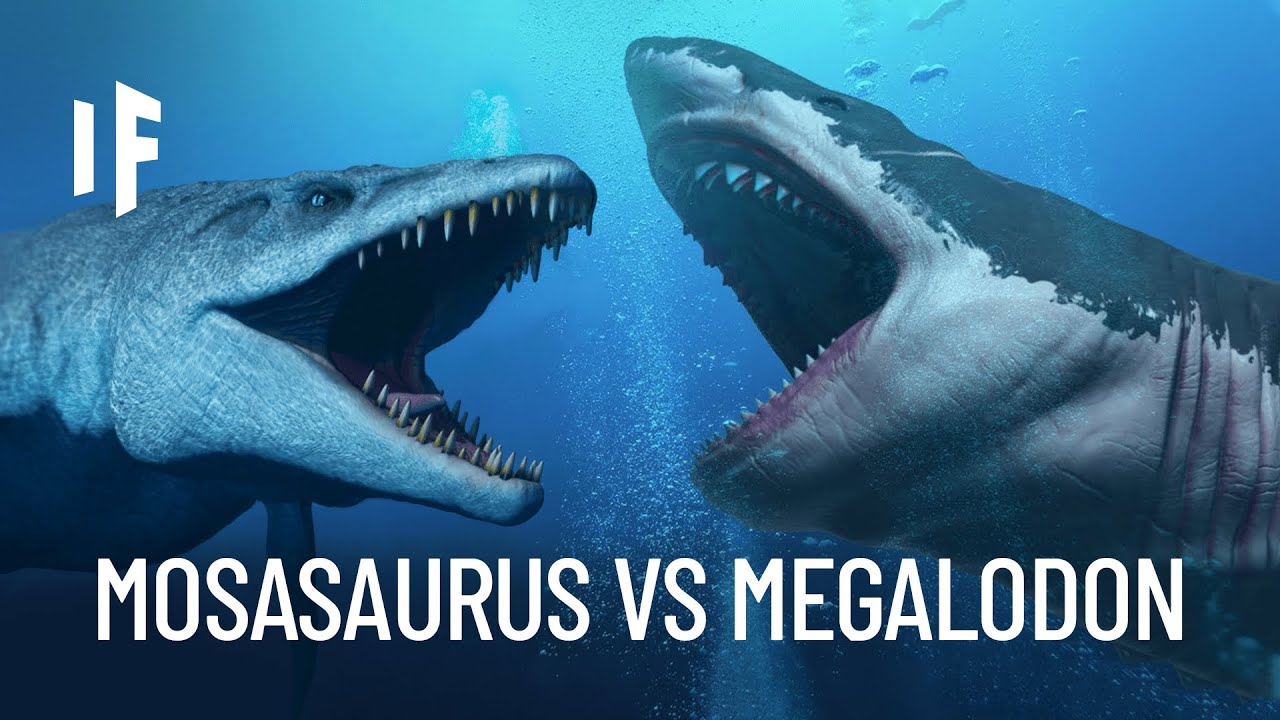 What If the Megalodon Shark Fought the Mosasaurus?

Millions of years ago, the megalodon shark was one of the scariest creatures to ever lurk in our seas. And even before that, the mosasaurs reigned supreme, terrorizing every ocean creature in sight. Both these creatures were the apex predators in their separate eras. But what would happen if they had lived during the same time and fought? How would this battle play out? Which creature would have had the most advantages? And who would win?

Subscribe to our second channel called “How to Survive”:

Can you translate this episode into another language? Add subtitles and we will link your YouTube channel in the description:

T-shirts and merch:
Suggest an episode:
Newsletter:
Feedback and inquiries:

What If is a mini-documentary web series that takes you on an epic journey through hypothetical worlds and possibilities. Join us on an imaginary adventure through time, space and chance while we (hopefully) boil down complex subjects in a fun and entertaining way.

Produced with love by Underknown in Toronto:

Science & Technology
What If Mosquitoes Were the Size of Humans?

Science & Technology
What Is The Oort Cloud?