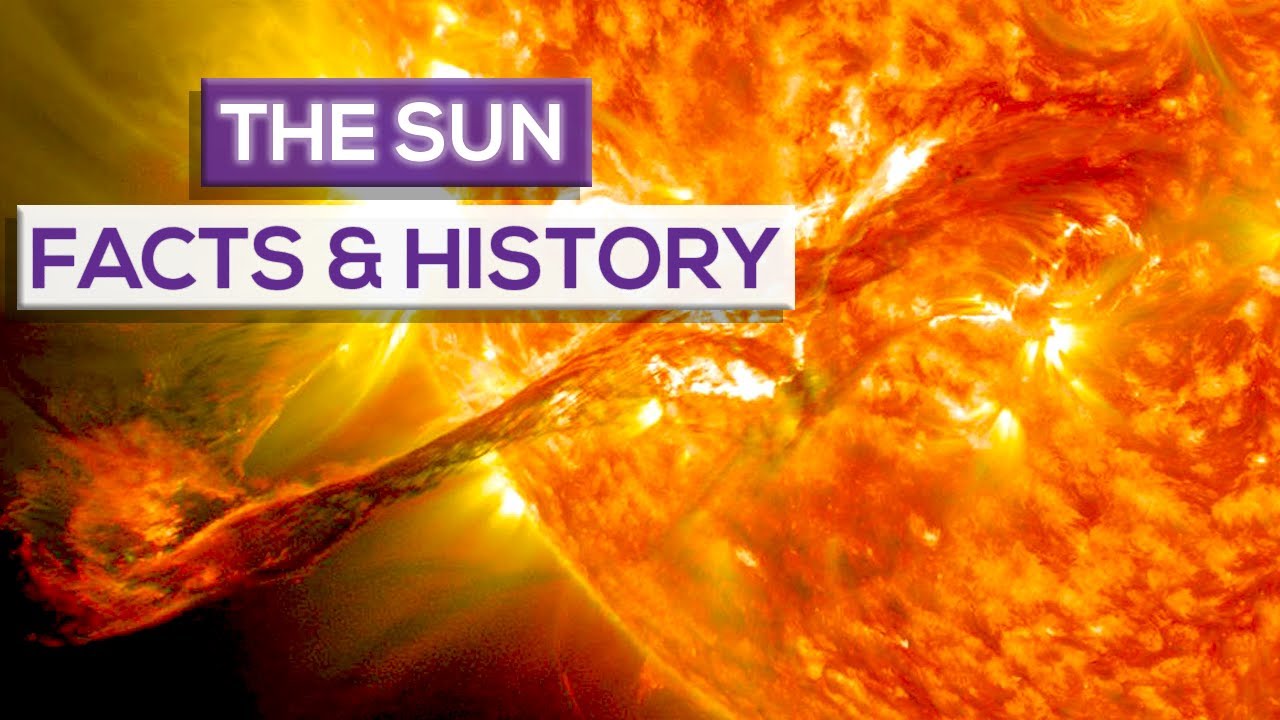 The Sun Facts And History!

From the kind of star it is, to its impact on our world, and more! Join me as we explore the Sun: Facts and History.
——————————————————————————————-
Subscribe for more videos:
Business Enquiries: lorenzovareseaziendale@gmail.com
——————————————————————————————-
8. Our Star
Without a doubt, if you were to list the “most important things in the solar system we live in”, the Earth may be No.1, but the sun is No.2. And for all the reasons that you might expect and know.
Its gravity holds the solar system together, keeping everything from the biggest planets to the smallest particles of debris in its orbit. Electric currents in the Sun generate a magnetic field that is carried out through the solar system by the solar wind—a stream of electrically charged gas blowing outward from the Sun in all directions.
The connection and interactions between the Sun and Earth drive the seasons, ocean currents, weather, climate, radiation belts and aurora.
In short, and in long, the sun is vital to just about everything we do on this planet, and we rely on the sun to do MANY things, even though we’re honestly not controlling anything that it does. Which is a bit of an odd thing for humanity as humans like to control EVERYTHING that has to do with us.
The sun is something we see almost every day (obviously unless cloud cover is blocking it or an eclipse is happening) and even when we don’t see it, we feel its presence. It’s more than just a ball of light in the sky, it’s an energy source, a lifeline in many respects, and as noted above, it helps shape our planet in various ways that would detrimental if it WASN’T doing it.
So if someone was to honestly ask you just how important the sun is, you should tell them all the ways we need the sun, our star, to shine on.
7. Distance From Earth and Its Size
With a radius of 432,168.6 miles (695,508 kilometers), our Sun is not an especially large star—many are several times bigger—but it is still far more massive than our home planet: 332,946 Earths match the mass of the Sun. The Sun’s volume would need 1.3 million Earths to fill it.
Which at first might seem like a bad thing. After all, would we WANT to have a giant ball of fire and radiation just lurking out there that can swallow us whole if it felt like it? Honestly, yes, yes we would, and for a very simple reason, its distance from the Earth.
The Sun is 93 million miles (150 million kilometers) from Earth. Which is a very LONG ways away, and in fact it’s such a distance that they came up with a term for it via “Astronomical Unit”. So when you hear that a planet or star is say 103 AUs away, that means it’s 103 times the distance between the Earth and the sun.
Going back to the distance itself, you might think that this is a “very long way away” from the entity that gives us light and essentially, life. But actually, it’s better that we’re NOT closer to the sun for a whole host of reasons.
Sunlight and its energy dissipates the farther you get away from it. Which is why there is such thing as a “Habitable Zone” in regards to stars where life can exist as well as water and other key things needed for life.
The closer you are to a star, the more impact you’re going to get from its heat and light. The farther you are from a star, the less likely you’re going to get heat and light in the amounts you need. Lest you think we’re exaggerating this, we have the perfect examples for this. It’s called Mercury, Venus and Mars.
Mercury is the closest planet to the sun, and it’s scorching hot as a result. It’s average temperature is 800 degrees Fahrenheit. Plus, because it’s so close to the sun it’s tidally locked, meaning that it has one “side” always facing the sun, and the other side is always away from it.
In regards to Venus, it’s our “twin” but also a case of the suns energy turning it into something else entirely. A buildup of heat and excess carbon dioxide turned it into a “Runaway Greenhouse Planet” which makes it so hot that it can melt lead. And it’s also the hottest planet in the solar system because of the greenhouse effect which was caused by the suns’ radiation.
Heading to Mars, it’s so far away from the Sun that it can’t absorb the sunlight and energy like we do on Earth, so its average temperature is -81 degrees Fahrenheit. Not to mention it doesn’t have a typical atmosphere in any sense so various solar and cosmic rays bombard the planet. And it’s so far away from the sun that even if Earth settled on the planet, using solar panels to get energy for colonies wouldn’t be as viable as you think because the distance is so great.
So as you can see, it’s GOOD that we are 93 million miles away from the sun, it’s the literal perfect spot to be in to get the positive effects of the sun without many of the negatives.

Science & Technology
What is sleep paralysis?

Science & Technology
Why Do We STILL Use Lead Pipes?!

Science & Technology
What If You Die?
© Blimpt 2020. All Rights Reserved