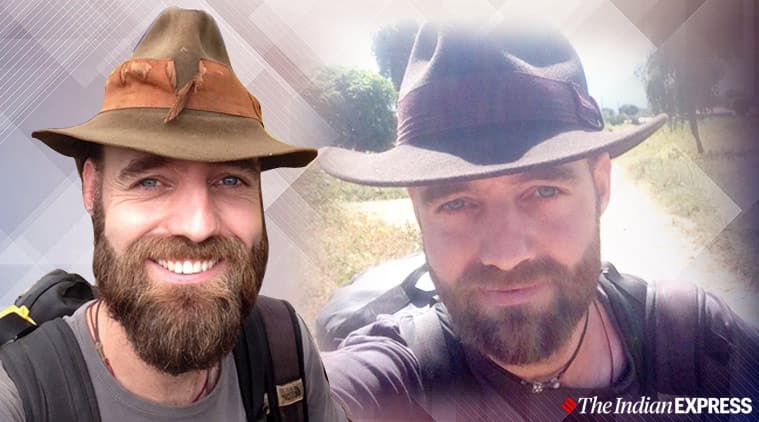 Torbjørn ‘Thor’ Pedersen calls himself an ‘extreme traveller’ and a ‘modern day adventurer’. The 41-year-old Danish traveller was set to conquer the world, by visiting all of its UN-recognised countries, and de-facto sovereign states, and had been to 194 such countries so far, when his journey came to an abrupt standstill. With just nine more countries to go, Pedersen would have created a new record of sorts, of having visited every country without taking a single flight. But the global outbreak of COVID-19 meant a temporary derailment of plans.

Pedersen talks to indianexpress.com from his current dock in Hong Kong, which has been his home now for the last 100 days and counting, because of the ongoing travel restrictions.

“I arrived in Hong Kong on January 27, 2020, and left the ship the next day when I was cleared by immigration and customs. I was originally meant to stay here for only four days, but 100 days later, I am still here,” he says, adding he has been living with a local family.

It has been approximately 2,395 days now since he started his escapade in October 2013, and Pedersen has not been home since. “My journey began from Denmark on October 10th, 2013 at 10.10 am. The first country that I visited was Germany. Being stuck in a foreign country has been tough for me, mentally. I’ve been wanting to go home since 2015, and was looking forward to finally completing my journey in October 2020. As it stands today, the project will now surely run till 2021, and nobody can say how long it will take. I am, however, fortunate to be stuck in Hong Kong. There is no way I would not have gotten stuck during the pandemic, and Hong Kong is possibly the best place in that case,” he says.

Pedersen has populated his Instagram account with enviable pictures of his sojourns. While in Hong Kong, he says he spent the first two months “networking, doing research and having meetings in an attempt to find a way to continue the project”. “Once the virus outbreak turned into a global pandemic, it became clear that the situation was out of my control. I still have a lot of work relating to Once Upon A Saga (his blog), but in the past month, there has also been more time to see some of Hong Kong’s sites and do a lot of hiking. As a goodwill ambassador of the Danish Red Cross, I have also had a meeting with the Hong Kong Red Cross on ways to promote them online,” he says.

But how did the travel bug bite him and when did it all start?

“I was born to travel. As a child, I would disappear on day expeditions and be back in time for supper. As I grew up, I would seek out travel adventures whenever I had the chance,” says Pedersen.

In early 2013, his father sent him an email with a link to an article about travel. “Soon after that I realised that among the very few people who have been to every country in the world, no one has managed without flying. I saw that as an opportunity to do something historical and push the envelope forward. At the time, I had a 12-year-old career of shipping and logistics, which I traded for a remarkable and complicated adventure. First, I felt that I was too old. But then, I realised I would say the same thing as I grew older, so in fact, I might just have been the right age,” he continues.

Pedersen has spent a minimum of 24 hours in each of the 194 countries that he has visited, having survived on a budget of USD 20 a day. “Nobody in history has reached every single country in an unbroken journey. I rely primarily on public transportation, which amounts to about 99 per cent of the journey,” he says.

Speaking about his experience in India, Pedersen says his first visit to the country was long before he started his blog. “I arrived in 2010, and met up with a friend in Chennai. We bought two Royal Enfields and drove south, west, east and finally north to Sikkim. Then, we entered Nepal before returning to India heading through Lucknow and Agra on our way to Delhi. In total, we spent four months exploring on motorcycles,” he says.

Pedersen entered India once again in early 2019, this time from Pakistan, and met with his fiancée, who was flying to Amritsar. “Then, I travelled to Delhi for meetings. From there, I rode the train to the Nepalese border. From Nepal, I entered India again to reach Bhutan. After Bhutan, I was in India to get through to Bangladesh. Finally, I was in India once more to reach Myanmar via the northeastern states. I certainly spent more than a month in the country”.

After Hong Kong, Pedersen was supposed to visit the Pacific archipelago of Palau, followed by Vanuatu, Tonga, Samoa, Tuvalu, New Zealand, Australia, Sri Lanka and The Maldives. “While it is uncertain in which order the remaining countries will open, and when I will get to board a ship again, I shall continue to network and stay on top of the situation,” he says.