Revealed: Which actor has done the most movies in Bollywood?

The largest film industry in the world, Bollywood is no stranger to mass movie releases. This inherently makes the actors also a part of this gargantuan experience that effectively taps their talent to the fullest with a wide variety and number of roles. Ever wondered just how many movies any Bollywood actor might have delivered throughout their career? Here’s taking a look at some such actors who have done more movies than you can imagine- Celebrated as the First Lady of Indian Cinema, Lalita Pawar emerged as the Bollywood actor several years earlier to have done the most movies. Of course her filmy exploits wasn’t just limited to her roles in Hindi films. She was also as prolific a performer in her many on screen appearances in Marathi and Gujarati cinema as well. Starting out as a child actor at the mere age of nine, Pawar went on to become a leading lady well throughout the times. In a career that spanned a long seven decades, it had largely been the matriarchal roles she took on with elan that made her a virtually irrevocable name in the realm of cinema in the country. Particularly phenomenal in the many character roles she essayed Call him the stereotypical funnyman or the quintessential villain of Bollywood, but veteran actor Shakti Kapoor has charmed legions of fans with both his avatars. With the distinction of having appeared in more than 700 films throughout his four decades and a half long career, Kapoor is easily the actor to have done the most movies in Bollywood. From doing roles that were inconsequential to establishing his talent by dishing out entertaining performances in many a comic roles, Shakti Kapoor has worked his way up in the film industry. He alternated between being the terrifying villain and the ever charismatic funnyman with characteristic ease, a trait that has rendered many of his characters iconic. Be it his many on screen antics and his ever memorable dialogues, Shakti Kapoor is a living legend and one who continues with the legacy of being also the Bollywood actor with the most movies. A two time National Award winner, actor Anupam Kher has been appearing in Bollywood movies for well over three decades now. His exemplary histrionics and decorated career has also led him to star in films as well as plays in several other languages. With more than 500 starring mentions in his kitty, the versatile Kher is one of the many gems Bollywood is blessed with. Kher has also been a part of acclaimed international films, that which includes the Golden Globe nominated Bend It Like Beckham, the Golden Lion winning Lust, Caution as well as the Oscar winning Silver Linings Playbook. Equally adept in his many comic performances as he is in emoting within the limits of a wide variety of other genres, it is indeed a testament of Kher’s cinematic brilliance that has led him to be cast in such a wide number of projects. A very visible presence in Bollywood, actress Aruna Irani has acted in over 500 films spanning also a number of regional movie industries. Mainly cast in such character and supporting roles that render her essential to virtually every film itself, Irani has been continuing her legacy in the industry for close to six decades now. Also as popular a presence in television, the versatile Irani was honoured with the Filmfare Lifetime Achievement Award in recognition of her contribution as an actor to Bollywood with her many movies. One of the most iconic actors not just of Bollywood but also of the entire Indian theater and cinema scene was Amrish Puri. In immortalising himself as the Bollywood baddie in many of the 450 movies that he starred in, Puri had been one of the most venerable of actors. A well known name not just for the Indian audience, Puri’s role in Steven Spielberg’s Hollywood film Indiana Jones and the Temple of Doom and in Richard Attenborough’s Gandhi also rendered him a memorable figure in world cinema. A Sangeet Natak Akademi awardee, Puri’s dominating screen presence meant that he very often stole the limelight even when he wasn’t playing the main lead. While his casting in villainous roles immediately rendered him unmissable in his power, it was also his persona that led Puri to come across as equally effective a character in his many other positive roles. 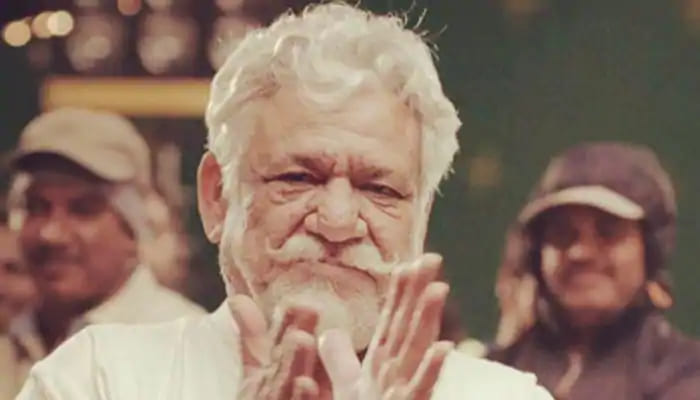 Another legendary actor known for his work in Bollywood movies has been the late Om Puri. Even in his offbeat cinematic sensibilities that made him more of a character actor, Puri dazzled with his many a roles in commercial films as well. In his long filmy career spanning four decades and a half, the brilliant man had worked in some around 350 films, that which includes many Hollywood flicks. From comic roles to character impersonations, Om Puri dazzled across a wide range of performances. A two time National Film Award winner for Best Actor, Puri also had been the recipient of a number of international awards. Agraduate from the prestigious National School of Drama, Om Puri had also been a Padma Shri as well as an honorary Officer of the Order of the British Empire. Having made his appearance in some 300 movies over the course of his illustrious career in Bollywood is actor Kader Khan. His many comic roles in a wide range of films is what made Kader Khan a household name, even when he starred as the lead in quite a few of his filmy ventures. Also a prolific scriptwriter, Khan had won a number of awards for his many enjoyable on screen roles that also saw him encompassing the villains on some occasions. Also among the educated stars of Bollywood having completed his graduation in civil engineering, Kader Khan sure is among the doyen of Bollywood actors whose movies are a definite reminder of his legacy. One of the first stand up comedians of India, Johnny Lever emerged as an unprecedented talent in Bollywood. His impeccable comic timing and spot- on comic expressions has made Lever one of the best funnymen in the filmy business even as he went to work in over three hundred Bollywood movies in his identity as an actor. Ever since barging into the scene in the 1980s, Lever has been a prominent presence in Bollywood, lighting up the silver screen time and again with his perfect dose of comedy. There’s something very different about Lever’s comedy that makes his every outing in films a highly enjoyable cinematic experience altogether. Needless to say, this versatile actor commands the many projects he regularly does by virtue of sheer talent. Either as the rich scheming businessman in many a Bollywood films or parallelly as the actor in a wide variety of negative roles, Sadashiv Amrapurkar had been an unmissable presence in the Bollywood of his times. The first ever recipient of the Filmfare Award for Best Performance in a Negative Role, Amrapurkar starred in well over 300 films across a wide range of languages. Equally celebrated for his performances in many a comic roles, the philanthropist and social activist also dabbled on television and with playback singing as well. 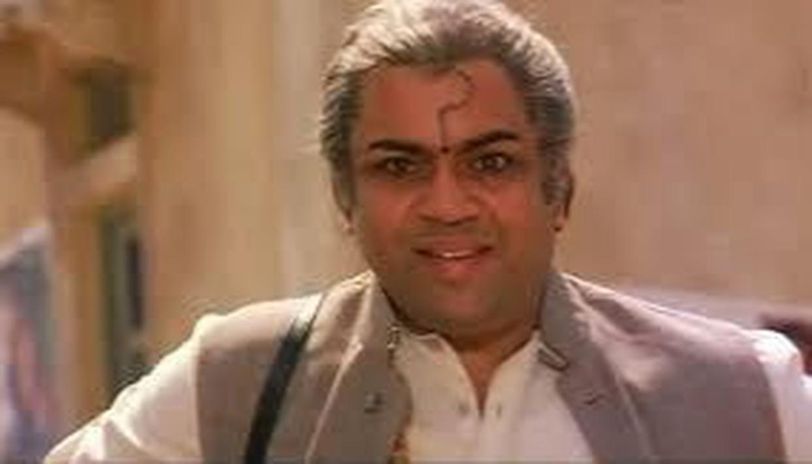 He is as prominent a standout presence in the many ensemble movies he has starred in as he is in his every film that casts him as the lead and actor Paresh Rawal is indeed a very massive phenomenon in Bollywood. The National Film Award winner with more than 250 films to his credit has been acclaimed for his many substantial performances that fluctuate between being the badass villain and the goofy funnyman. But even therein, he has reprised as wide a variety of roles as possible with finesse. Going strong in his lineage with close to four decades in the film industry, Rawal is one of those actors who has proved his worth with his talent and calibre.

With some close to 250 films in his decades long career, another of the veteran actors in Bollywwod is Naseeruddin Shah. Navigating mainly through such roles that are substantial in being the essence of the movies if not in their screen duration, Shah is a very respected actor in Bollywood. Three National Film Awards, a Padma Shri, a Padma Bhushan and an international award at the Venice Film Festival are only a sneak peek of the admiration into what Shah’s cinematic faculties render him capable of commanding. Not just in movies, Shah is also as much of a veteran of the theater world.

With more than 220 films in thirteen languages, forever sensation Jackie Shroff is one true actor and entertainer. The actor has made his presence felt in Bollywood with a host of critically acclaimed movies as well as many other commercially successful ones. In his charismatic persona and charm that he exudes both on screen and in real life, Shroff commands a massive fan following to this day- even after more than four decades in the filmy industry.

The Greatest Actor of the Century as he has been dubbed, Bollywood superstar Amitabh Bachchan’s repertoire of films is as massive as his legacy. With well over 200 movies mentioning him in the credits in a highly successful career that has been continuing half a century now, the actor is undoubtedly the true Shahenshah of Bollywood. With numerous prestigious national and international awards bestowed on him, Bachchan stands true to his illustrious legacy as an actor par excellence. He has starred in films that are as diverse as can be- from family dramas to political thrillers to socially relevant depictions, there hasn’t been any genre that the angry young man has not aced even going beyond his characteristic image.