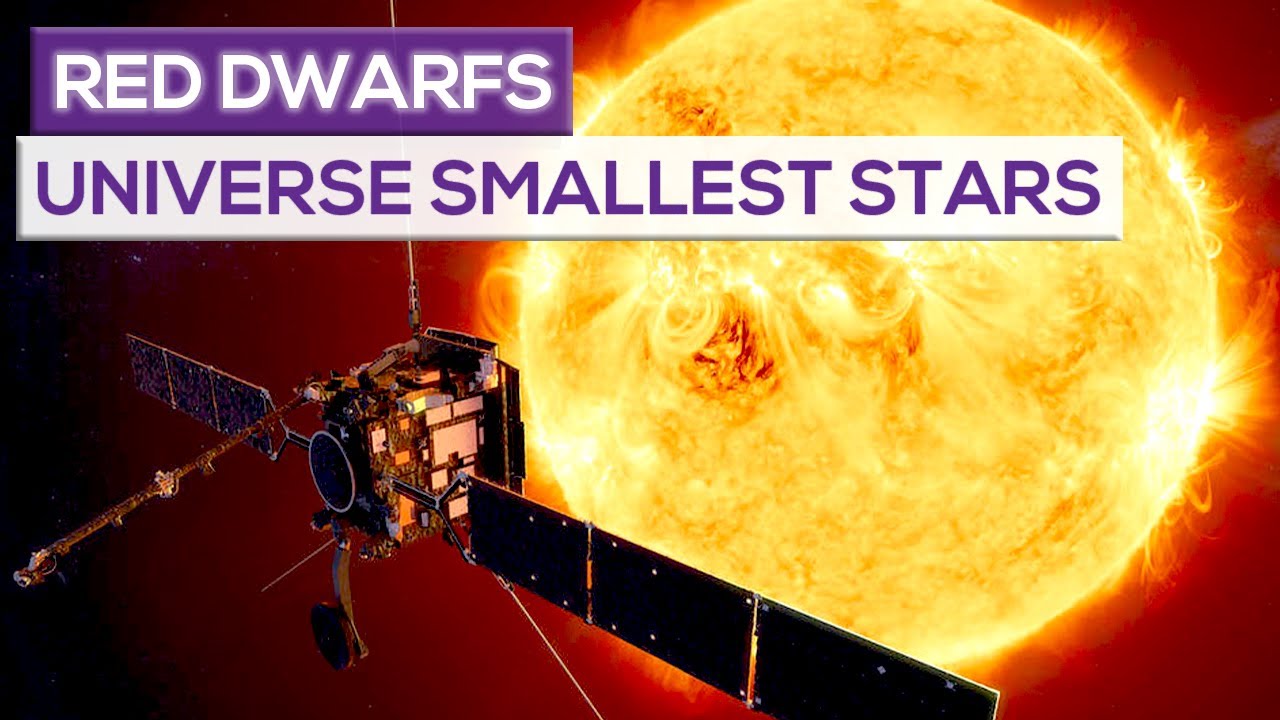 Red Dwarf Stars: The Smallest Stars In The Universe!

From what they are, to how many of them are in the universe, and more! Join me as we explore what Red Dwarf Stars are!
If you were to look at the night sky, you’d see a bunch of stars, but from where you are, you might not be able to see that there are actually all different kinds of stars in the sky, and yet you can only see certain types via the amount of light they produce. Yet what might surprise you is that the most populous of these stars are the ones that don’t have a lot of light, but have a lot life. These are known as Red Dwarf Stars.
To be clear though, if you try and give a Red Dwarf Star a definitive definition…you’re doing yourself a disservice. As “Red Dwarf Star” is more of a title than a classification…
“There is no true definition of red dwarfs,” astronomer Michaël Gillon of the University of Liège in Belgium told Space.com by email. Gillon, who studies stellar objects at the cooler end of the spectrum, was part of the team that identified the ultracool star TRAPPIST-1. Red dwarf “generally refers to dwarf stars with a spectral type ranging from K5V to M5V,” Gillon said.
Oh, and in case you were wondering about the “long life” aspect of things? Because of the variety of Re Dwarfs and how they’re composed for the most part, they are indeed the longest-lasting stars in the universe. To the extent that IF you were to make a model of the universe in its last days, more than likely the last star to survive would be a Red Dwarf. Pretty cool huh?
But let’s back up a bit, shall we? Let’s start looking at the Red Dwarfs at their most basic of elements. Starting with…how many of them are there in the sky above? Well, of the known universe, we believe that about 70% of all stars in the sky are Red Dwarf Stars. That’s right, if you take all the other kinds of stars (including our own sun which is a Yellow Dwarf Star) and combine them, you only get 30% of the stars in the universe. Bet you didn’t see that coming.
What you also likely didn’t see coming is that they are the smallest kinds of stars in the galaxy (Brown Dwarfs for the record are smaller by they themselves aren’t called stars because of their size). So 70% of the universe is made up of really tiny stars that you likely aren’t seeing when you look up at night. But just how small are they? Well, if you compare them to our own sun, they can range anywhere from about 50% of its mass, all the way down to about 7% of its mass.
That’s another reason why a Red Dwarf Star isn’t describing a singular type of star, because the range of sizes it includes covers a lot of ground.
And remember that line about likely not seeing them in the night sky? Well, you honestly haven’t seen one in the night sky without the aid of a telescope or other special device. As the Red Dwarf Star type is known for being VERY dim in its light output. So much so that it’s impossible to see it at night with the naked eye. Furthermore, despite having all sorts of probes, satellites, telescopes and other space-charting technology, we can only see Red Dwarf Stars within a certain range of Earth.
To that end, we know that there are around 20-30 Red Dwarf Stars within our “immediate area”. Obviously that means outside of our solar system, but still, that’s a good amount of them.
And again, they are the longest-lasting stars in the universe. But how is that possible? that would be because of the way they create their heat and light. If you observe most stars of the non-Red Dwarf Variety, you’ll see that they are constantly making gasses via nuclear fusion reactions. They transform hydrogen into helium and burn it to become the bright balls in the sky.
Red Dwarfs technically do that, but in a more roundabout manner. Mainly, instead of instant reactions, they go and do “convection heating”. Meaning that the hydrogen and helium mix around on a loop, allowing the gasses to burn much slower.
The lifespan of a star depends on the burning of its gasses. Most stars last billions of years because of their fusion reactions, but with Red Dwarf Stars, because they burn so slowly, they can last anywhere from 1 trillion to 10 trillion years based on our understanding of its composition. If you keep track of how old the universe is, that means that every single Red Dwarf Star that was born when it was created roughly 13+ billion years ago (if you believe in the Big Bang Theory at least) is still around outside of interference from other stars, black holes, etc. And those same stars will be around LONG after humanity and possibly all other life in the universe has died out. It’s a depressing thought, but it shows once again just how long these stars can last.