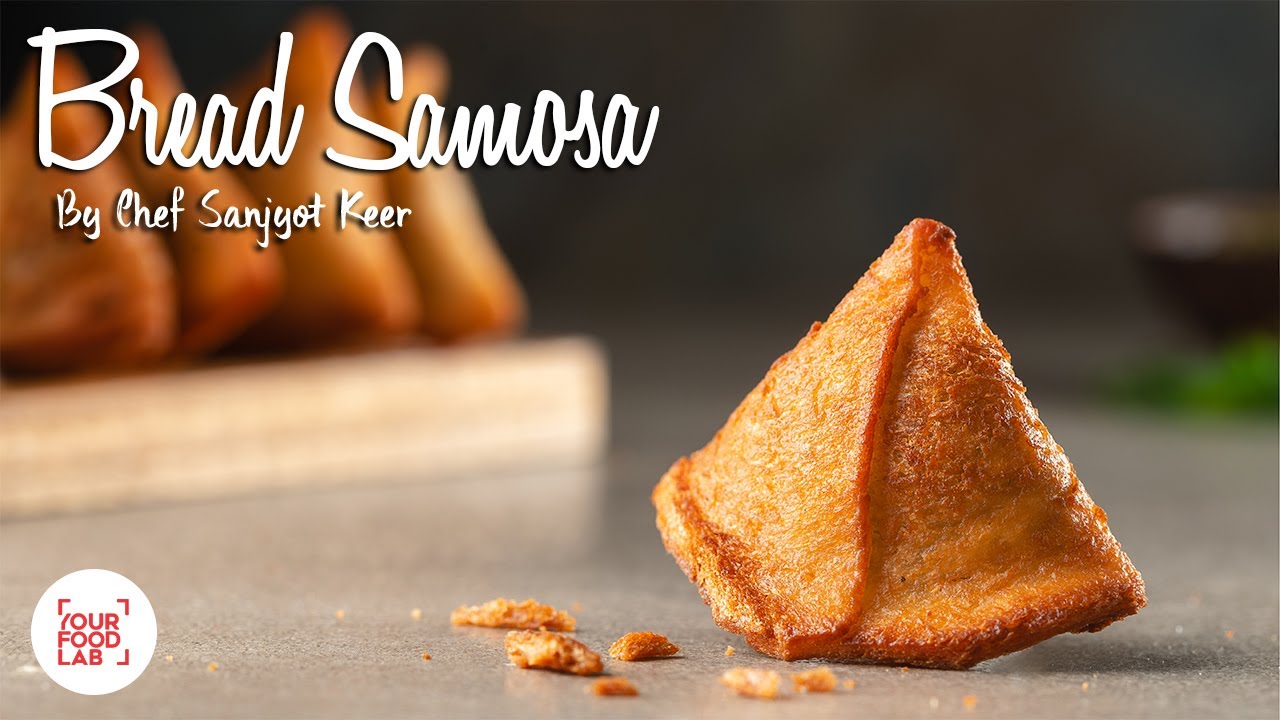 If you are in a hurry and if you do not want to knead the dough for the samosas, you can easily prep some using bread. It’s quick and easy and they come out super crisp. You can even make or air fry them, I prefer air frying them. Pair them up with some chutneys, ketchup or schezwan sauce. The samosa filling is super quick to make as well, if you have boiled potatoes it would take you a few minutes. Try this recipe while we are in a lock down and craving for some samosas. Stay home stay safe!

1. Boil the potatoes in a pressure cooker or in a vessel. Cool down & peel them. Roughly chop the potatoes into 1 cm dices.
2. Use a mortal & pestle or a mixer grinder to coarsely grind the fennel, coriander & cumin seeds.
3. Set a pan on medium heat and add oil in the pan. Now add in the grated ginger, sauté for a minute. Now add in the coarsely ground spice mix & roast the spices for a minute.
4. Now add in the boiled potatoes, salt to taste, black pepper powder & ajwain. Give it a nice mix. Now add in the Boiled green peas, if you do not want to boil the green peas then add the green peas before only, I had some boiled green peas that’s why I added the boiled ones. You can also choose not to add in the green peas.
5. I have added green chilli paste, you can add in chopped green chillies while adding the ginger.
6. Now cook the potatoes by not stirring for 3-4 minutes just stir for once or twice.
7. Now stir and mash the potatoes roughly, you want some bits & pieces of potatoes along with the mashed potatoes.
8. Now add the amchur powder & mix well. Transfer to a bowl and cook down the mixture, you can also put the mixture in the fridge.
9. Now use a rolling pin to flatten the sandwich bread.
10. Trim the edges & cut the corners.
11. Cut the bread into two halves as shown in the video.
12. Now apply water on the cut edge & bring the corners together to make a cone. Press the edges together to seal the cone. Make sure to pinch the top to seal the cone.
13. Now fill the samosa filling into the cone. Do not over fill but do press to make sure there are no gaps.
14. Now apply water onto the edges and bring one end to the end which is sealed & pinch together to seal the samosa.
15. Your samosa shaping is done, now rest the samosas for 5 minutes before frying.
16. I set the oil on heat for frying until the samosas can rest.
17. Fry on medium heat to ensure that the samosas don’t fry quickly and burn and also on low flame the samosas would soak a lot of oil.
18. You can also bake or air fry the samosas for 12-15 minutes at 180°C or until crisp & golden brown.
19. Fry until crisp & golden brown.
20. Serve the quick bread samosas with some chutneys, ketchup or schezwan sauce.

To ensure that we are not wasting any of that bread in this lockdown. We will use it to make some quick home-made breadcrumbs.

1. Toast the bread on medium heat in a pan or in an oven.
2. Once the bread is crisp, let the bread cool down.
3. Use a mixer grinder or a chopper to grind the toasted bread into breadcrumbs.
4. Store in an air-tight container & keep it in the freezer for up to a month.
5. Use it for coating your burger patties, or kababs etc.

#Lockdown #StayHome #Withme
Join us on: