Most beautiful female tennis players of all time Tennis is a captivating game, played by people who happen to be as enamoring to the vision. Tennis stars are celebrities in their own right and why should they not be? With power packed shots, mind blowing agility and a physique that renders them no less than any model themselves, the sport has nurtured such players who have been simply stunning. Be it in their game or in their looks, these female tennis stars are the absolute beauties of all time- She might have not played a competitive tennis match in almost a decade now but that does not let Anna Kournikova fade away from popular memory. In fact, most of the Russian’s fame is attributed to her looks even when she had a fairly remarkable playing career. On her very debut in 1996 as a 15 year old, Kournikova became a sensation not just as a player but also as a pretty face. She soon began to grace the covers of numerous publications and has been named in many a compilation of the most beautiful athlete/ people/ women throughout. Undoubtedly, Anna Kournikova is definitely amongst the most beautiful players to have played the game of tennis. 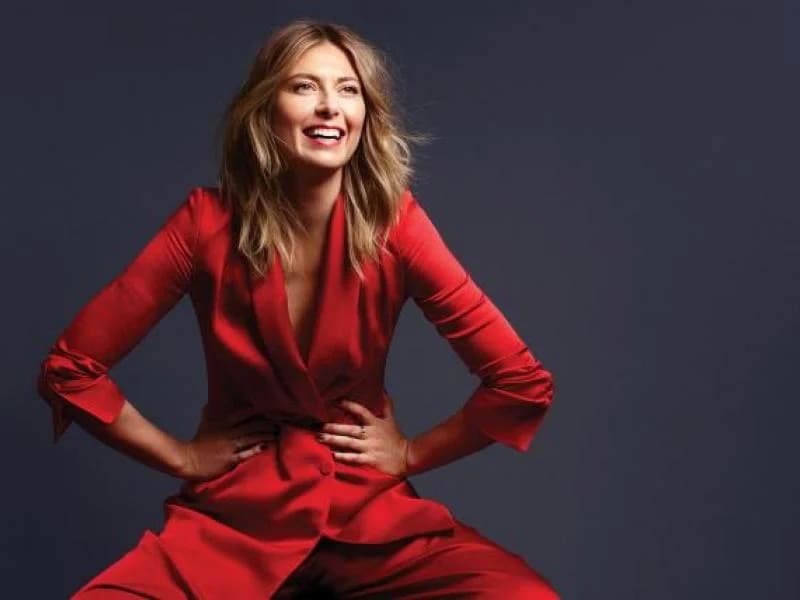 She is no less than a legend in the world of tennis. And equally legendary is her beauty and appearance that have forever held her in high value as far as fame is concerned. Russian player Maria Sharapova indeed does have more than a couple of claims to emerge as one of tennis’s best competitors. The multiple Grand Slam winner, including a career Grand Slam and former World No.1, Sharapova is also as remarkable a name in the public realm. The face of several fashion houses, featuring in a number of modeling assignments and driving a wide variety of endorsements on her star power and striking beauty, Sharapova is definitely among the most powerful names in tennis. Her image and appearance have helped her further her brand appeal as has her multiple mentions as being the hottest athlete and among the most beautiful celebrities in the world. Gabriela Sabatini has been a leading tennis player of her times in the women’c circuit. An Argentine, Sabatini’s many exploits on the tennis court led her to be inducted into the International Tennis Hall of Fame. But no matter how rich a legacy she might have build up, it was also as essentially her beauty that had her fans in the tennis world enthralled. In fact she even had a doll measured on her as an embodiment of her perfect grace and beauty. Sabatini’s innate shyness and mesmerising smile made her all the more alluring a beauty to have successfully graced the world of tennis. Widely hailed one of the best female tennis players of the Open Era, Serena Williams has been among the most successful of players on court. Also with a personality that is fiercely independent and a voice that is emphatic and assertive, Williams stands out not just as a player but also as a woman of substantial beauty. In fact, Williams was listed among the 35 “most remarkable and beautiful black women” in the world by Essence magazine. Her powerful presence as well as her towering vision that sits high on success and glamour makes her one of the most beautiful players to have taken to the tennis court. A now retired, former World No. 1 from Serbia, Ana Ivanovic has been an illustrious tennis player. While her inclusion in the list of Top 100 Greatest Players Ever is proof enough of Ana’s remarkable exploits, no less remarkable is the phenomenal beauty she has been blessed with. A six feet tall striking woman, Ivanovic has appeared in a number of international magazines like FHM, Vanity Fair, Cosmopolitan, Grazia, Sports Illustrated and Harper’s Bazaar. With her ravishing beauty and striking features, Ivanovic sure also is among the most popular female tennis players of all time. Named by MSN as one of the most beautiful women in sports is Romanian Sorana Cirstea. A power killer in defeating some of the greatest names in tennis through her career, Cirstea is also as commendable a presence with her killer looks. The 5 feet 9 inch tall lanky beauty has also been an inclusion in the list of the “25 Tennis Players You Have to Follow”. It is undoubtedly her hot avatar that has led Cirstea to be named in the list despite not having much of a stellar career to boast of. 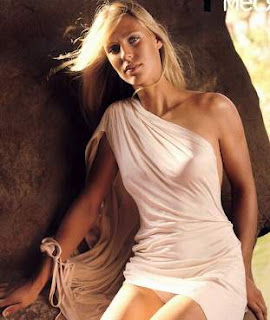 Another Russian presence in the most beautiful list is that of Elena Dementieva who at 5 foot 11 inches is a rather stunning persona. One of the most talented players to have never won a Grand Slam tournament, Dementieva however did clinch an Olympic gold and silver each as testament of her prowess. Her beauty saga is one that spans more versatility, with that definite air of European beauty and Russian aura about her. 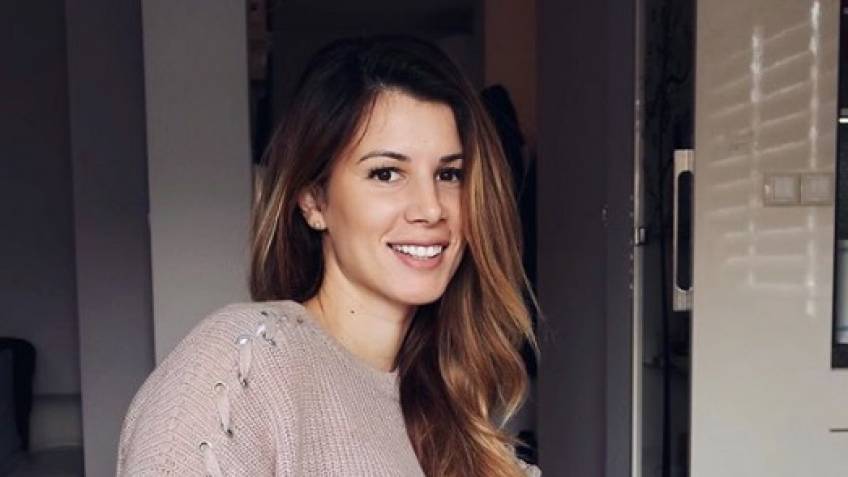 Named one of the most beautiful women in sports by MSN, Bulgarian tennis player Tsvetana Pironkova is also considered to be one of the best grass court players of her generation. Her giant killing tendencies however do not see the limit at only upstaging tennis biggies regularly at Grand Slam tournaments. In her brunette beauty genes, Pironkova is as essentially a lady who is by every means drop dead gorgeous. In being one of the best tennis players in India, Sana Mirza is a phenomenon on court. Her status as being the first female player from the country to scale the world rankings renders her immensely popular. And so does her numerous mentions in prestigious lists like Time Magazine’s 100 Most Influential People in the world or being named as one of the 33 women who made India proud by The Economic Times. But what also renders Mirza a popular celebrity in the tennis world are her striking looks. With a physicality that embodies the curviness of Indian women, Mirza definitely is a standout beauty among the other lot of slender tennis players. Her attractive facial features and infectious smile work as much in Mirza’s favour as her incredible talent to make her the absolute darling of the tennis world. While it is indeed her remarkable shots that have helped tennis player Eugenie Bouchard build a brand name prestigious enough to emerge as the most marketable athlete in the world, there also is more to the distinction than just her power. She is inarguably one of the most pristine of presences in the tennis court and the Canadian player’s skill in her sport makes her a complete package. Having been named the WTA Newcomer of the Year and the WTA Most Improved Player as well as claiming the World No. 5 spot, Bouchard had been a definite sensation in her prime. Post a freak accident however, Bouchard has been struggling with form. But her enduring beauty has ensured that she keeps fans and followers hooked with her number of alluring posts on social media sites. She has been called the most glamorous woman in tennis by Daily Mail UK and Russian Maria Kirilenko undoubtedly is very deserving of such attribute. While her professional career has not been particularly exemplary, Kirilenko did indeed create waves in the world with her looks. Her spectacular hotness led Maria to appear in the 2009 Sports Illustrated Swimsuit Edition in a pictorial entitled “Volley of the Dolls”. She also has been the face of Adidas by Stella McCartney tennis range, cashing in on her stunning looks to drive home the bucks with such endorsements. For someone dubbed the Lady Gaga of women’s tennis for her fashion choices, Bethanie Mattek sure resides in a beauty of her own. An Olympic gold medallist and a multiple Grand Slam winner, the American tennis player’s incredible exploits with the tennis racket is quite a match to her unusual pick of sartorials. In owning her person both in her game and in her assertive appearance, Bethanie sure is a rare beauty dominating tennis. A retired Serbian player who is also a model, Vojislava Lukić might not be an oft encountered name in the tennis world. That however does not take anything away from her pretty reputation. At 5 feet 9 inches tall, Lukić fits the model bill pretty well. Not surprisingly therefore, she did a cover spread for the February 2009 issue of the FHM magazine in Serbia. On our list of the most beautiful tennis players, Lukić definitely is a supreme presence.

Entertainment
Winning at becoming the ‘losers’ of the world

Entertainment
‘Ajay Devgn is a dream actor. His dedication and enthusiasm have gone a long way into making Maidaan the film that it is shaping into,’ says director Amit Sharma

Entertainment
The Power Movie Review And Rating {2.5/5}: Vidyut Jammwal-Shruti Haasan’s Film Is A Feeble Ode To The Godfather
© Blimpt 2020. All Rights Reserved