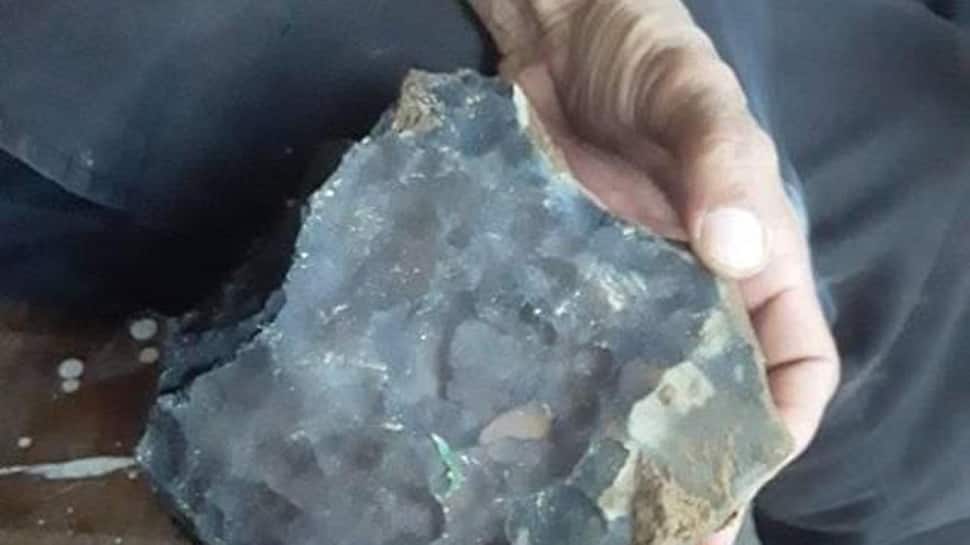 
A 33-year-old Indonesian man became a millionaire overnight when a meteorite worth Rs 10 crore crashed through the tin roof of his house.

The man Josua Hutagalung is a coffin-maker by profession and he was working on a coffin when the meteorite crashed through the roof of his living room in Kolang, North Sumatra.

The space rock weighing 2.1kg got buried 15cm deep in the soil after crashing through the roof.

It is to be noted that the price of mtoerites are decided as per their weight with the cheapest pure-rock varieties fetching  $0.50 to $5.00 per gram., and those with rare extra-terrestrial metals going up for sale for up to $1,000 per gram.

Josua said the meteorite was still warm and partially broken when he tried to pull it out from the ground.touched it.

The meteorite is estimated to be 4.5 billion years old and is classified as CM1/2 carbonaceous Chondrite, an extremely rare variety. The price of this variety of space rock is around $1.85million, or $857 per gram.

“When I lifted it, the stone was still warm and I brought it into the house. The sound was so loud that parts of the house were shaking too. And after I searched, I saw that the tin roof of the house had broken. I strongly suspect that this rock is indeed an object from the sky that many people call a meteorite. Because it is impossible someone deliberately threw it or dropped it from above,” he told Kompas.

The Sun reported that Joshua was paid equivalent to 30 years of his salary for the space rock. Joshua said that he would use some money to build a church. “I have also always wanted a daughter, and I hope this is a sign that I will be lucky enough now to have one,” he told The Sun.