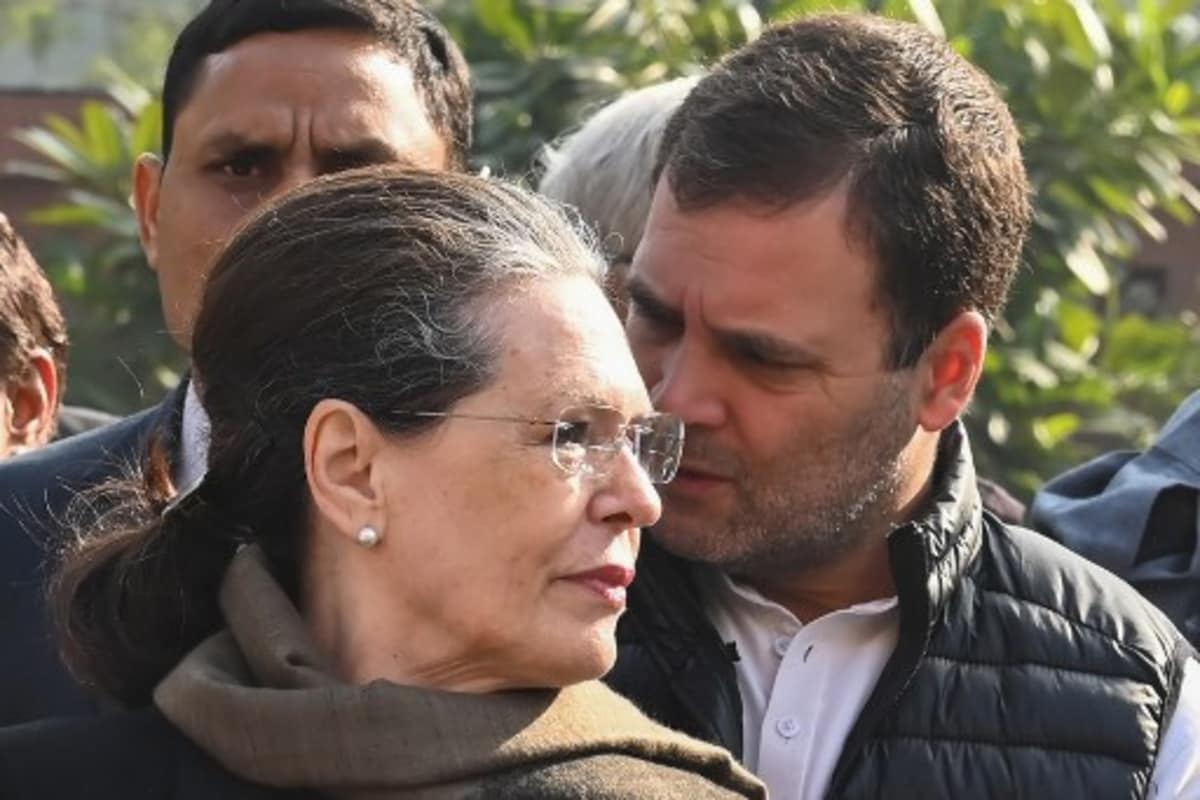 About 24 hours ago, Congress spokesperson and actor Khushbu Sundar said in a tweet: “Many see a change in me. Well as you age, you evolve n grow, learn n unlearn, perceptions change, likes n dislikes too, thoughts n ideas take a new shape, dreams are new, you understand the difference between like n love, between right n wrong. Change is inevitable. Happy eve (sic).”

Soon after, she sent a resignation letter to Congress leader Rahul Gandhi and party president Sonia Gandhi, and while thanking them for the opportunities she got, Sundar, in the same breath, complained about not being allowed to grow because of a coterie of those who had done no ground work . “ Few elements seated at the higher level in within the party , people who have no connectivity with the ground reality or public recognition are dictating terms and people like who want to work sincerely for the party are being pushed around and suppressed,” she wrote.

A quick glance at the list of leaders who left the Congress in recent times reveals that this complaint has come to sound familiar in the party.

Jyotiraditya Scindhia, Sanjay Jha, Hemanta Biswa Sarma and Bijender Singh — all have complained of an impregnable coterie which has stopped access to top leadership. Much of this complaint, however, has been dismissed as angst and justification by someone who anyway wanted to leave and was an opportunist. But the common refrain raises several questions.

Those who have stayed on also complain that it’s near impossible to get easy appointment with the Gandhis. Inevitably, they have to deal with those who are in their office, especially those in “Rahul Gandhi’s office” who ask “so many questions that we get the hint that we won’t get an appointment. Why should we discuss our problems with them when we joined the party because of the Gandhis.”

Hemant Biswa Sarma had once famously said that while he managed to get an appointment with the Rahul Gandhi , it was his pet dog Pidi who got more attention than him. The rest is history. Same has been the complaint of Scindhia and Sanjay Jha. Scindhia’s exit came as a shock as unlike others who quit, he did have free access to Rahul’s residence. A fact that the Gandhi himself admitted to by saying, “He could enter my house without even bothering to call me.”

But it hasn’t been that easy for others. And inevitably, the complaint has been that Rahul is surrounded by a few in his office who don’t have to contest polls, never had to street fight nor face the crowds. One of the most angry and aggressive voice remains of Pankaj Shankar, once a close aide of Rahul and who handled his media interactions and programmes, who complains of the coterie that even refuses to listen to the advice of those who may have risen from the ranks in the party. He has complained of the tyranny of Rahul’s office team that includes Nikhil Alva, Kaushal Vidyarthi and Alankar. But then, as another close aide once said, “Every party leader has a coterie or a group that he believes and trusts in. Like, say, Narendra Modi and Amit Shah. Why should Congress be singled out?”

But there is a difference in the way Sonia and Rahul have handled the coterie around them. Sonia left much of the placating and negotiations to her close group but they were made to understand that they cannot be impregnable and choose who she could meet. It was easier, some have pointed out, to reach out to her during trouble or disgruntlement. While she may not have solved their concerns, at least they had the satisfaction of knowing that they could meet her and vent out their concerns. Many complain that this is where Rahul Gandhi is different. Barring the Sachin pilot episode where the Gandhi siblings kept a channel of communication open, nothing else seems to have changed. Khushbu may not be a big ticket loss to Congress but she was closer to Rahul than to Sonia. She was inducted into the party because Rahul was impressed with her aggression. But over the years she has had to be satisfied with just being a party spokesperson.

Khushbu’s departure once again has raised questions over the Gandhis not being able to keep their flock together. The vulnerability of many Congress leaders to overtures from the BJP, while may be dismissed as opportunistic, it goes to show that with no one to talk to this is used as an excuse to move away. The letter written by many Congress leaders a couple of months ago had made the same point that more on ground people need to have a say, that they had to write the letter as they couldn’t meet the Gandhis and that the impregnable wall built around the Gandhis exposes their vulnerability and raises the question — how safe is the party in their hands?