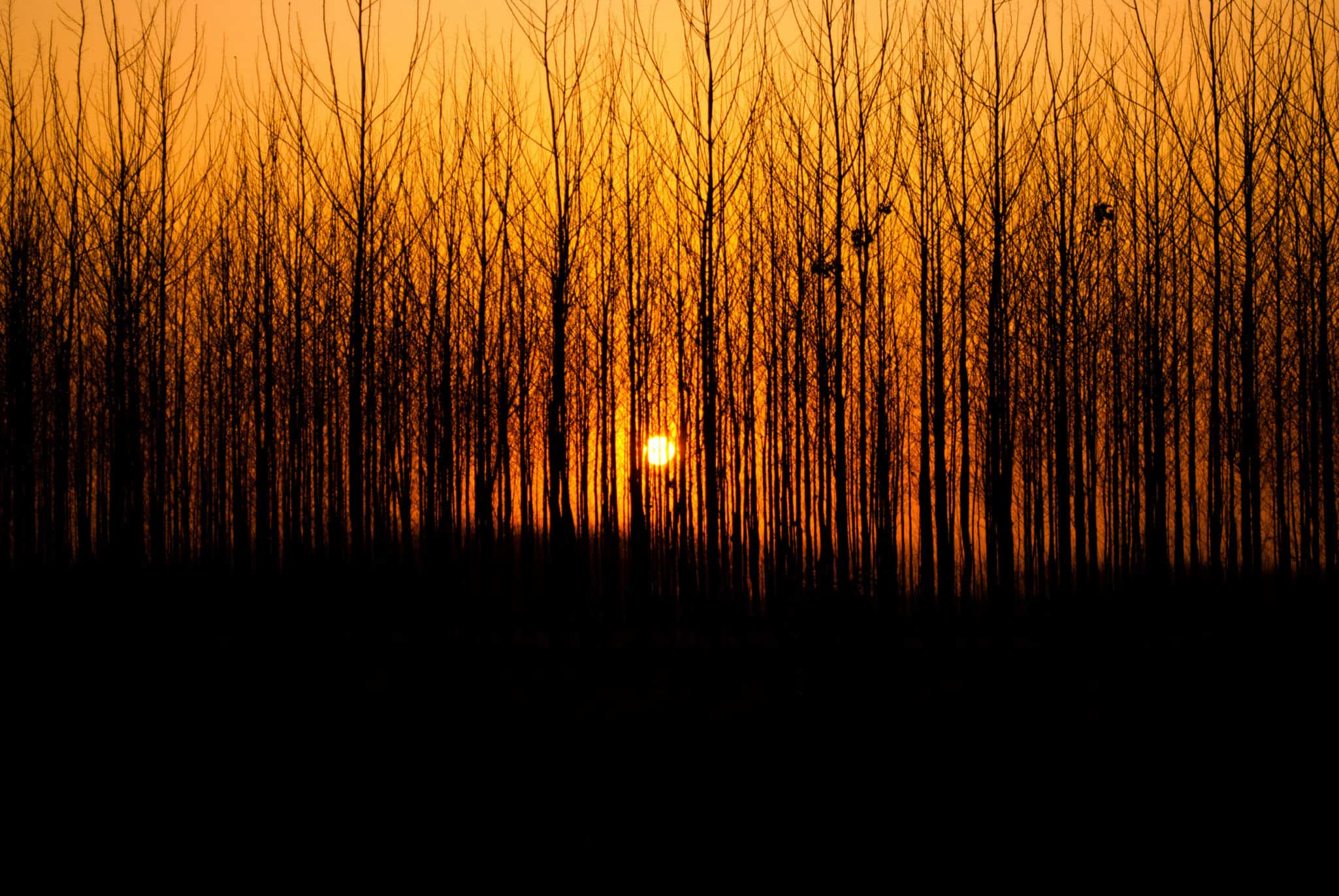 Gangotri – the MOST COMPLETE GUIDE


Gangotri is a small town centered around the temple of Gangotri temple. And, it is one of the holiest Hindu places, tallied among the four Char Dhams. It is the highest and the most important temple of river Ganga which is worshiped as a Goddess in India.

The origin of the holy river is at Gaumukh, set in the Gangotri glacier. This can be accessed by a short 19 km trek from Gangotri. But according to Hindu mythology, Gangotri is the place where river Ganga descended from heaven when Lord Shiva released the mighty river from his luscious locks.

Gangotri forms an integral member of the Chota Char Dham Yatra – an ever so important and integral part of the Hindu culture. Located in the Uttarkashi region, Gangotri is the perfect place to experience serenity and divinity all at once. Surrounded by lush nature and stunning landscapes, you’ll be in the lap of snow-clad Himalayas. Completely the definition of a heavenly abode, you truly feel close to God when you’re here, and it is not just because of the elevation of 3,415 mts above sea level. With stunning vistas, the rugged terrains and the gushing Bhagirathi River all with a beautiful backdrop of snowcapped peaks – you’ll be hard pressed to find a place as serene!

Whether you’re a believer in Hindu religion or not – there is concrete evidence of the importance of Ganga. This beautiful river, that blesses our souls, flows 2,700 KMs from the Himalayan mountains to the Bay of Bengal and is regarded as the most sacred river in the world. This image is further personified as Goddess Ganga in Hindu texts and further proven by Science for the value of its water. It is believed by Hindus that ritual bathing in Ganga will help washing off your sins. Hence, most places of religious significance, including Varanasi, Haridwar, Rishikesh etc. are all on the banks of Ganga.

Perched at over 3,000 meters, Gangotri is a stunning shrine dedicated to Goddess Ganga. The history of Gangotri dates back to centuries when Goddess Ganga transformed herself into a river to dissolve the sins of King Bhagirath’s forefathers, following his penance. Gangotri is a popular pilgrim place in India, which emits a highly pious aura. Religious rituals are in full swing in the Gangotri temple with the Arti ceremony performed by the pujaris of the Semwal family.

In the Mahabharata Ganga is the mother of Bhishma and in some myths Skanda (Kartikeya), the Hindu god of war, is her son with Agni, the god of fire. In one myth Ganga marries King Sanatanu but the relationship comes to a shattering end when the goddess is discovered to have drowned her own children.

In Hindu mythology the Ganges river was created when Vishnu, in his incarnation as the dwarf Brahmin, took two steps to cross the universe. On the second step Vishnu’s big toe accidentally created a hole in the wall of the universe and through it spilled some of the waters of the River Mandakini. Meanwhile, the great mythological king Bhagiratha was concerned to discover that 60,000 of King Sagara’s ancestors had been incinerated from the stare of the Vedic sage Kapila. Wanting these ancestors to reach heaven, Bhagiratha asked Kapila how this might be achieved. The response was to pray earnestly to Vishnu and perform ascetic acts for a thousand years.

The great god, gratified by Bhagiratha’s piety, agreed for Ganga to descend to earth where she might wash over the ashes of the 60,000, purify them, and permit them to ascend to heaven. There was a problem though, that if Ganga merely dropped from heaven her swirling waters would do untold damage. Therefore, Shiva offered to gently lower the goddess in his hair which he did, rather cautiously taking 1,000 years. Safely arrived on earth,

Synonymous to the Himalayan weather, the summers are mild and the winters are exceptionally cold. As there are no motorable roads to the destination – it is difficult to reach the spot. To circumvent this, and ensure proper prayers are conducted, the deity is shifted to her winter abode – Mukhwa. In terms of temperatures, Summers range from 8 to 19°C and Winters from -7 to 5°C.

The pilgrimage happens from April to October every year. Although it is wise to check the exact dates, which are announced each year. Gangotri is the second stop on the Chota Char Dham pilgrimage. 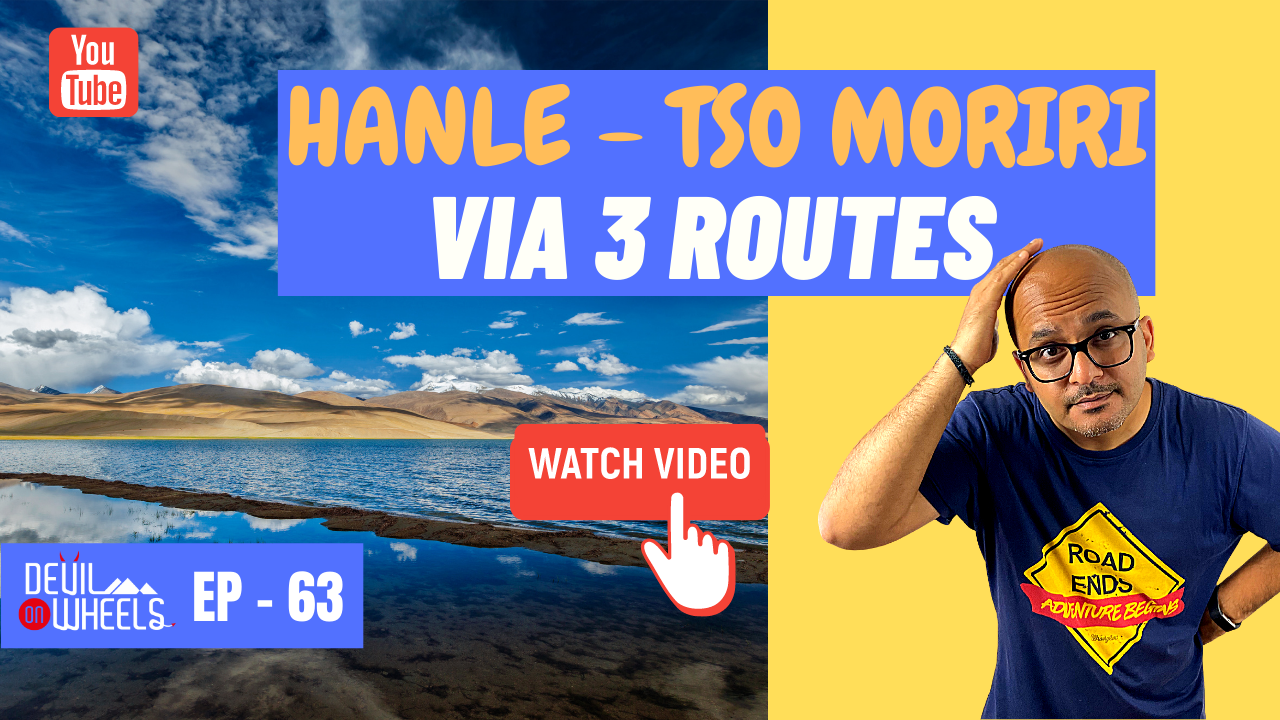 The temple opens every year on Akshaya Tritiya (usually in the last week of April, but it changes yearly based on the Hindu calendar). The temple closes for the year on Diwali following a brief ceremony.

Gangotri is a town in Uttarkashi district in the state of Uttarakhand, India. It is a Hindu pilgrim town on the banks of the river Bhagirathi and is respected as the origin of river Ganges. It is on the Greater Himalayan Range, at a height of 3,100 meters.

How to get there

Gangotri is well connected with most of important towns and cities of Uttarakhand.

Jolly Grant Airport is the nearest Airport to Gangotri. It is situated 250 KMs from our humble abode. There are multiple flights per day from Delhi. In fact, you can take a chopper from Dehradun airport to Gangotri for your comfort. If you’re like the most of us – there are taxis easily available for sharing and personal combination easily.

The nearest railway station is Rishikesh, situated at a distance of 234 KMs on NH58. Rishikesh, being an important, integral Hindu pilgrimage is also well connected to major Indian cities. Taxis, buses are easily available from Rishikesh. Also, it should be noted that in terms of connectivity – Haridwar railway station is a viable option as well.

Gangotri enjoys decent road connectivity and is situated right at the end of NH108. You’ll easily catch buses to Rishikesh from ISBT Kashmiri Gate, Delhi. You can then hire a taxi to reach Gangotri. Alternatively, you can drive up to Gangotri as well.

Primarily a religious pilgrimage, there are a lot of activities revolving the Hindu traditions. Gangotri is usually the second destination for Char Dham. These include –

This ancient temple is thought to be the place where River Ganga fell to the Earth after releasing from the locks of Lord Shiva and known as River Bhagirathi. Later in the 18th century, a Gurkha commander Amar Singh Thapa constructed a temple at the banks of river which is devoted to Goddess Ganga. The temple is visited by thousands of devotees every year to seek the blessings of Goddess Ganga and to take a holy dip in the holy River Bhagirathi.

Vishwanath Temple is another important temple in Uttarkashi and holds its portrayal in the Skanda Purana. Dedicated to God Vishwanath, it houses a Shivlinga which is 60 cms tall and 90 cms in circumference. 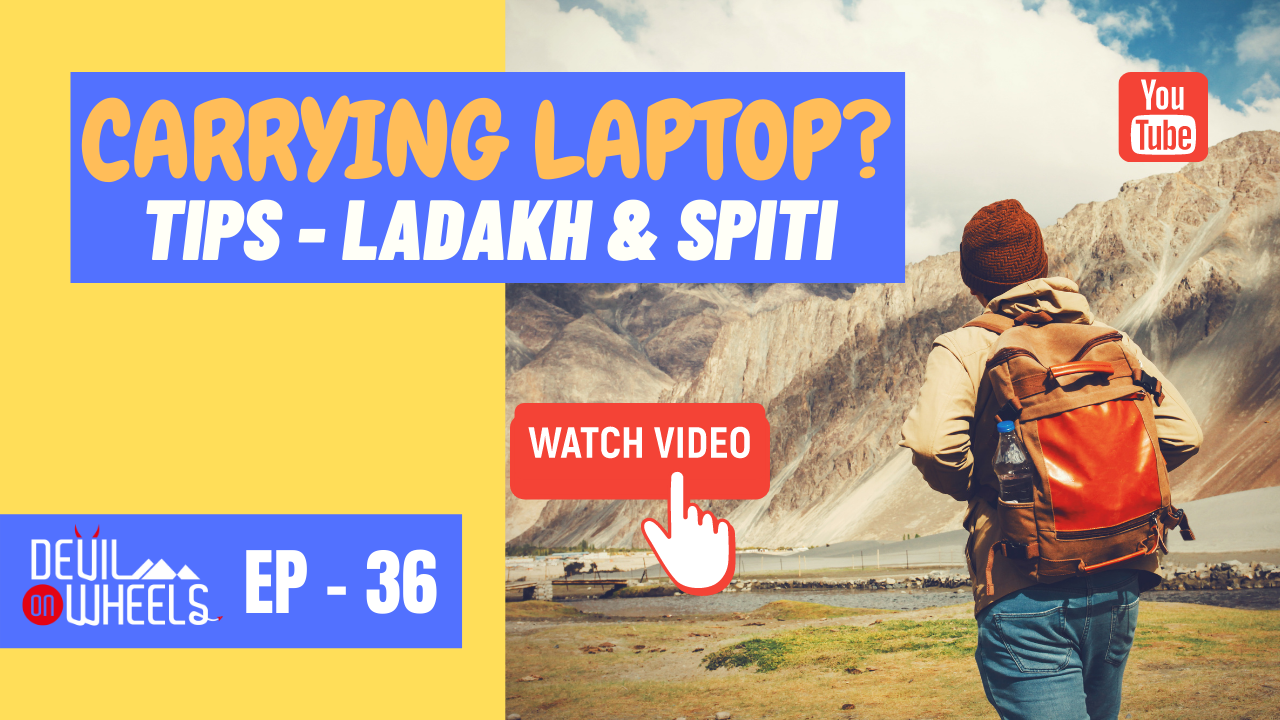 A must-visit when you’re heading to Gangotri is the Pandav Gufa which is located near Gangotri and can be reached after climbing a trek of 1.5 km from the town. It is said to be the site where the five Pandavas, during the period of Mahabharata, mediated while they were going to Kailash. The way to reach the Pandav Gufa is quite beautiful and captivating and is enveloped with lush greenery, hilly terrains and endless natural bounties.

If you’re looking for some chill time when you’re here – head on out to Surya Kund. It lies near the Gangotri Temple and is a spectacular picnic spot gifted with picturesque exquisiteness and appeal. It is known for its wonderful Surya Waterfall and the sparkling milky water cascading down the mountains presents an exhilarating sight for the visitors. On the either side of the iron bridge, lies the Gauri Kund which is also a picture perfect site to be enjoyed amidst the beautiful splendors of nature.

The scenic Nandanvan is an excellent site for exploration buffs. Plentiful dense forests of deodars and thrilling gorges surround a beautiful trek to Nandanvan & offers multitude of exciting opportunities of mountaineering, trekking, rock climbing, boulder hopping. Some of the major attractions which can be seen on the way to the trek route to Nandanvan are Sudarshan, Thelu peaks, Rishi Kund, Harsil and glacier.

Located at a distance of 18 km from Gangotri, Gaumukh literally means ‘cow’s mouth’. The glacier is situated at an altitude of 4200 meters above sea level and is the origin of River Ganga. The Ganges is called as Bhagirathi here. From here at 28 km, there is Cheedvasa which is renowned for its exquisite local artefacts. Sprinkled with charming sights and huge mountainous topographies, a trekking trail to Gaumukh will fill your heart with thrill and excitement.

The glacier is undefinable! Located at a height of 4238 meters, the Gangotri Glacier can be accessed by walking along the Gangotri trek. Beginning from Chaukhamba and merging into Gaumukh, the water of this glacier is the purest on mother earth. It is also said to have medicinal properties. Also, the route for this glacier offers a perfect trekking path amidst serene surroundings that take you to various captivating sites of Nandanvan, Tapovan and Gaumukh.

The Chota Char Dham Yatra of Uttarakhand are the four abodes of holy shrines – Badrinath, Kedarnath, Gangotri and Gangotri. All four of these temples are situated within the Garhwal region of Uttarakhand. The prominence of the Charm Dham Yatra is immense amongst Hindus. Moreover, it is believed that every Hindu should do Char Dham Yatra at least once in their lifetime. The Great Reformer and Philosopher, Adi Shankaracharya, gathered together these Holy Pilgrimage places into a spiritual circuit around the 8th century. Generation followed generations and hundreds of thousands of devotees have kept up the tradition of covering these pilgrimage spots every year. Thus, it is very common to complete the circuit in one religious pilgrimage!

Given the high regard and importance of this place, it is no shocker that accommodations are available in all ranges – from luxury hotels to budget guesthouses. You can even luck out and go – and trust me, it is a TREAT! , which is very convenient.

In terms of food – there are a bunch of North-Indian dhabas along your route. Some Chinese stalls are also easily available! Given that this is a religious place, alcohol and non-vegetarian food is banned in and around the region. It is also wise to not carry your own!

Also, if you have sufficient time, you should make your way to for its serene surroundings and beautiful ambience! Other good eating joints include Ganga Niketan, Saket Restaurant, Shirsh, Panchpuri Sadan, Hotel Gopi Krishna and Chakal Punga. 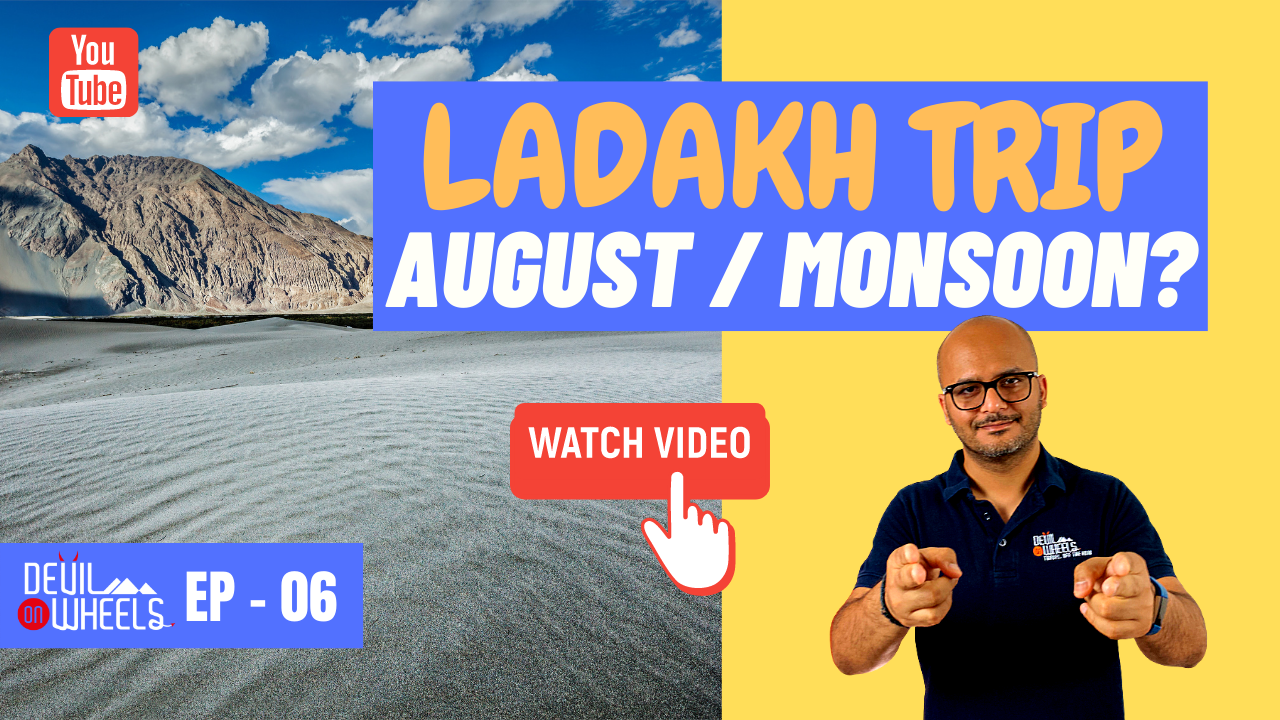 The origin place for the most sacred river on earth, Gangotri is a must visit for the religious folks as well as the explorers. Situated amongst the most scenic of locations – Gangotri offers something for everyone. With a lot of positive vibes and beautiful prayers all around – you will be hard pressed to feel anything but contentment. I hope the above guide helps you out, if you have any questions, don’t hesitate to ask below!

Are you looking for the CUSTOMIZED TOURS?? Get in touch with our our handpicked & trusted Destination Specialists from the Himalayas who offer SPECIAL DISCOUNTED RATES to all the readers/followers of the Devil On Wheels website.

Travel
Badrinath – the MOST COMPLETE guide

Travel
Yamunotri – the MOST COMPLETE GUIDE

Travel
My Unique Journey To India
© Blimpt 2020. All Rights Reserved