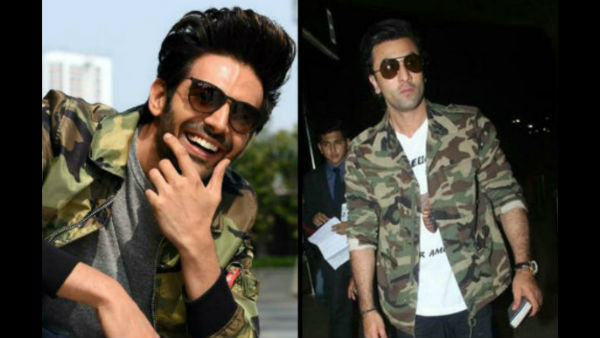 From Ranbir Kapoor To Kartik Aaryan, 5 Young Actors Who Should Bring Patriotism To The Silver Screen

Independence Day is around the corner, and we know it’s a very special day for all the Indians, irrespective of age, caste, religion and state. August 15 marks the day our nation got freedom. On this victorious day, we not only pay tribute to all our freedom fighters, but also thank the army men of our nation, who leave no stone unturned to keep us safe. While these army men are the real heroes of our country, India also has a soft corner for the reel hero i.e., Bollywood actors. And when these Bollywood actors get into their shoes or do any patriotic film, their popularity reaches a new height!

Remember how Vicky Kaushal became an overnight sensation after the release of Uri: The Surgical Strike? Having said that, we bring to you a list of five Bollywood actors, who should try their luck with patriotic films, and bring patriotism to the silver screen!

Ranbir Kapoor has ample of romantic films in his kitty, but we’re sure that his fans would love to see him in a patriotic film. Considering Ranbir was so good in Raajneeti, a political drama, it would be a delight to watch him get into the shoes of an army man.

Ayushamann Khurrana is one of the most versatile actors of his generation. The actor does anything, but repeat the genre of his films. He is always ready to bring a new concept on the silver screen. Who can forget his nuanced performance in Article 15? However, the actor hasn’t delved into patriotic genre yet.

We’ve seen Ranveer as Alauddin Khilji, as Maratha Empire Peshwa Baji Rao, as a cop and as a crazy lover. But if there’s one side of Ranveer, which his fans have not seen yet, is surely in a patriotic film. Ranveer is a warehouse of talent, and we’re sure if he mouths a patriotic dialogue, it will leave the audience rooting for him.

Just like Ranbir, Ayushmann and Ranveer, the new heartthrob of B-town, Kartik Aaryan hasn’t tried his hands on any patriotic film too. While Kartik has given back to back blockbusters on the silver screen (except Love Aaj Kal), we’re sure fans would be impressed to see Kartik as an army man.

Put Rajkummar Rao in any genre, he will get under the skin of his character like a pro. Rajkummar Rao has done many offbeat films like Trapped, Omerta, Aligarh, Newton, Citylights, etc, but the actor has not done a full-fledged patriotic film yet.

Do you have any other actors in your mind whom you want to see in a patriotic film? Tell us in the comment section below.