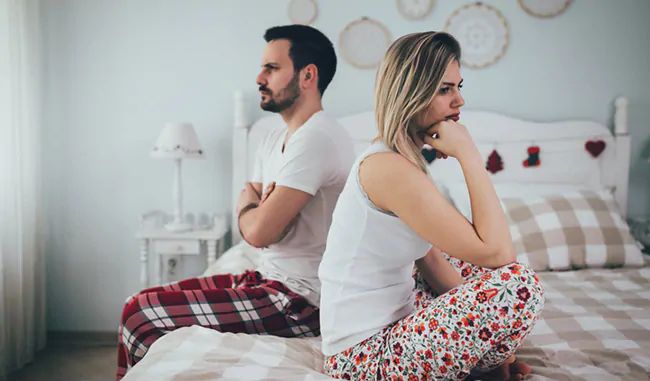 Fear of Intimacy as a Couple

High levels of anxiety, low self-concept, emotional problems, shyness, pain … there are several reasons that can hinder your sexual relations, says sexologist in Delhi. Learn to control that fear of intimacy.

Why does fear of intimacy appear as a couple?

If a couple is essentially different from a good friend, it is in those moments of intimacy that make the relationship different from any other type of relationship. These encounters are an important source of reinforcement that keeps the couple together. However, there are people who avoid these moments of intimacy in a constant way. For them, sexual relations, far from being an incentive to become more united or to continue with their partner, represent an intense discomfort that makes them, on many occasions, question themselves to continue with the relationship. Why does this fear of intimacy appear as a couple?

The fear of intimacy in the couple is defined as a persistent fear, characterized by high levels of anxiety, in situations in which the subject must interact intimately with his partner. Usually, this fear usually appears especially in situations of sexual interaction, but in more pronounced cases it can also appear in situations where the affected person believes (or anticipates) that it is time to have a sexual interaction, or simply where he should be alone with his couple expressing their affection.

The discomfort caused by high levels of anxiety commonly causes the person to avoid situations of intimacy with his partner, escape from them (making excuses, reducing the interaction time …), or support them with a high level of discomfort that prevents the intimate interaction itself or that it is satisfactory, explains sexologist doctor in Delhi.

How fear of intimacy in couples manifests

The way in which this fear is experienced is manifested at the level of three response systems:

Causes of fear of intimacy as a couple

From a psychological point of view, the main explanation for a problem of fear of intimacy with a partner has to do with high levels of interpersonal anxiety focused on situations of intimate sexual interaction. Generally these people present in themselves a high trait of anxiety that makes them interpret different situations as threatening, among them, those that have to do with intimate relationships.

At the same time, these people often have high levels of evaluation anxiety, which translate into a persistent fear that negative consequences will result from what their partner may think of him/her.

In other cases, emotional or psychopathological problems can be added to the above, such as low levels of self-esteem, deficits in social skills, mood problems (for example depression ) or complex anxiety disorders or body image disorders, disorders eating behaviour, etc.

On the other hand, we must not neglect the sociocultural influence of the environment in which the individual is immersed and which could explain this problem. Society’s beauty canon ( “I don’t have a model body” ), what is socially expected of him/her ( “I’m a man and should know what to do in these cases” ) or ideology ( “being alone with a boy is a sin ” ), are just some of the examples of the characteristics of the context that can surround the subject and that could explain the fear of interaction, explains top sexologist in Delhi.

Finally, especially in the case of those who present some type of pain during the intimate relationship, it is advisable that they go to the sex doctor in Delhi to rule out biological causes that could interfere with sexual relationships.

How to solve the fear of intimacy as a couple

The fear of intimacy as a couple can be approached from two points of view, that of the person affected by this fear, or that of the couple who suffers the fear of the affected person. There are solutions and guidelines for both cases:

What to do if I am the affected one

What to do if my partner is affected

If you don’t understand, ask sexologist in Delhi to explain it to you. It is preferable that you speak openly about it and do not remain in doubt. For this, it would be good if both of you went to a specialized sexologist in Delhi.