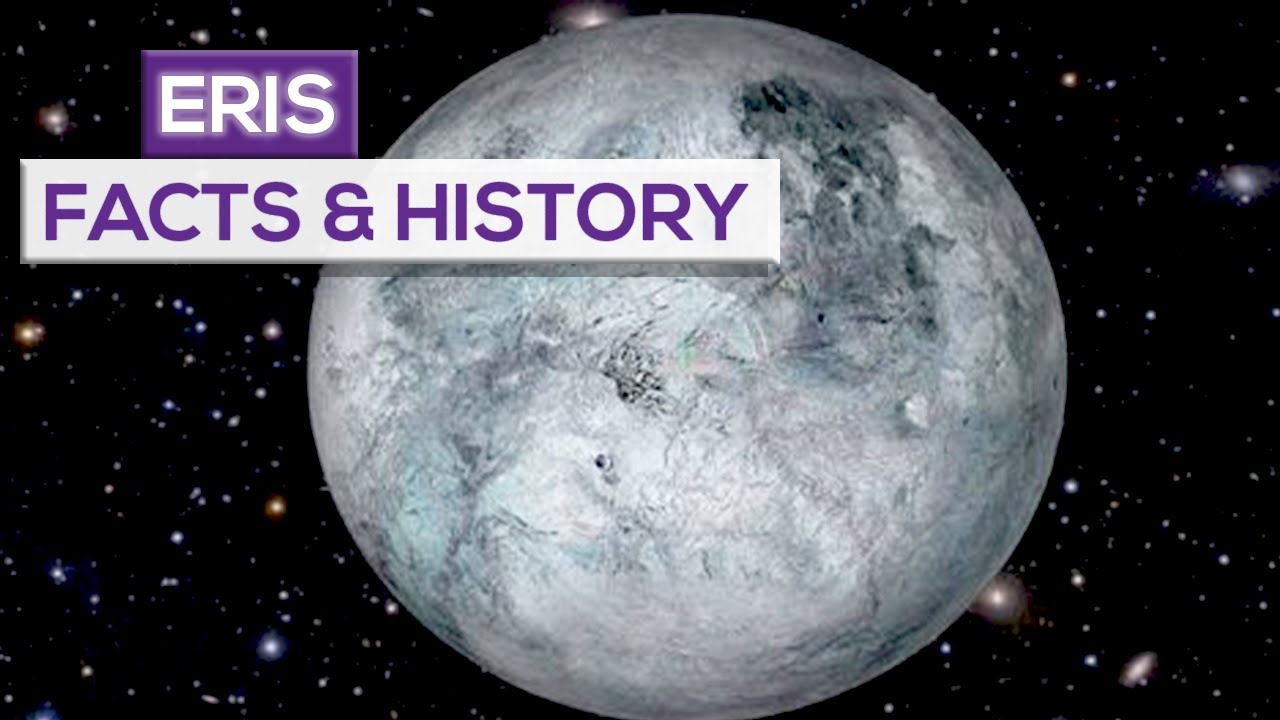 Eris Facts And History: The Most Massive Dwarf Planet!

From its distance from the sun, to how it helped change the definition of a planet, and more! Join me as I show you Eris: Facts and History!
——————————————————————————————-
Subscribe for more videos:
Business Enquiries: lorenzovareseaziendale@gmail.com
——————————————————————————————-
8. What Is Eris?
Depending on your familiarity with our solar system, you may or may not know about Eris, and for good reason based on its location and how it relates to other planets and celestial objects in the system.
In short, Eris is one of the largest known dwarf planets in our solar system. For those who don’t know, a Dwarf Planet is one that has the size and shape of a planet but fails to meet certain technical qualifications to be considered a full planet. Eris is about the same size as Pluto, but is three times farther from the Sun. Making it something on the very edges of our solar system. In fact, outside of some comets that have been discovered and a “unique object” from 2018, the two are the most distant known objects in our solar system.
Eris first appeared to be larger than Pluto. This triggered a debate in the scientific community that led to the International Astronomical Union’s decision in 2006 to clarify the definition of a planet. Pluto, Eris and other similar objects are now classified as dwarf planets.
Originally designated 2003 UB313 (and nicknamed for the television warrior Xena by its discovery team), Eris is named for the ancient Greek goddess of discord and strife. The name fits since it remains at the center of a scientific debate about the definition of a planet.
7. The Discovery Of Eris
Given all we just told you, the discovery of this dwarf planet is really significant.
Eris was discovered by the team of Mike Brown, Chad Trujillo, and David Rabinowitz on January 5, 2005, from images taken in October of 2003. The discovery was announced in July 2005, the same day as Makemake and two days after Haumea (two other dwarf planets), due in part to events that would later lead to controversy about Haumea. The search team had been systematically scanning for large outer Solar System bodies for several years, and had been involved in the discovery of several other large TNOs, including 50000 Quaoar, 90482 Orcus, and 90377 Sedna.
The reason that Eris wasn’t discovered right away via the images in 2003 was very simple, Eris was moving so slowly that scientists weren’t able to detect it. The team at the Palomar Observatory had automatic image-searching software that excluded all objects moving at less than 1.5 arcseconds per hour to reduce the number of false positives returned.
When Sedna was discovered in 2003, it was moving at 1.75 arcsec/h, and in light of that the team reanalyzed their old data with a lower limit on the angular motion, sorting through the previously excluded images by eye. In January 2005, the re-analysis revealed Eris’s slow motion against the background stars. Thus leading to its true discovery.
After that, the team dedicated itself to learning more about the soon-to-be-named dwarf planet, mainly learning what kind of orbit it had, and eventually learning the discovery that it had a moon within its orbit.
6. The Xena Name
I’m sure some of you out there were a bit curious as to why a scientific team would nickname a planet “Xena” after the legendary TV show featuring Lucy Lawless. Granted, that’s not the name the Dwarf Planet has now, but the story behind this nickname is honestly rather unique to our solar system.
Due to uncertainty over whether the object would be classified as a planet or a minor planet, because different nomenclature procedures apply to these different classes of objects (which would lead to the demoting of Pluto not long after Eris’ discovery and classification), the decision on what to name the object had to wait until after the August 24, 2006 IAU ruling. As a result, for a time the object became known to the wider public as Xena.
But why that one? “Xena” was an informal name used internally by the discovery team. It was inspired by the title character of the television series Xena: Warrior Princess. The discovery team had reportedly saved the nickname “Xena” for the first body they discovered that was larger than Pluto. According to Mike Brown, who was part of the team that discovered the dwarf planet:
“We chose it since it started with an X (planet “X”), it sounds mythological (OK, so it’s TV mythology, but Pluto is named after a cartoon, right?), and (this part is actually true) we’ve been working to get more female deities out there (e.g. Sedna).

Science & Technology
What If We Lost Gravity for 5 Seconds?

Science & Technology
Why We Might Use Different Numbers in the Future
© Blimpt 2020. All Rights Reserved