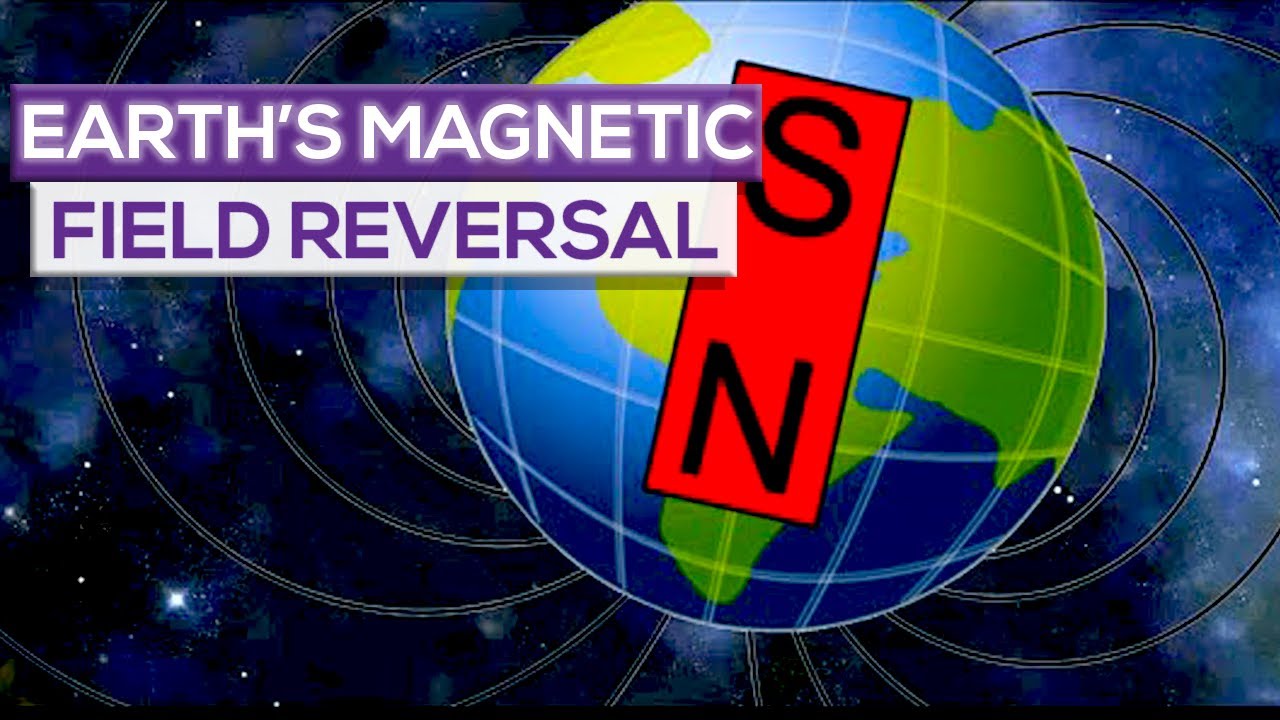 Earth’s Magnetic Field Reversal: When Will Happen And Consequences!

What Really Happens When Earth’s Magnetic Field Flips?
The Earth has a magnetic field that, like a magnet, goes from the north pole to the south pole. This field is caused by complex processes inside of the Earth’s molten core. This magnetic field is much more important than you think. Not only does it help us find north with a compass, it also protects us and all our technology from dangerous cosmic radiation. Many animals depend on it for their migrations and dogs apparently align themselves along a north south angle when they poo* . Like all magnets, the Earth’s magnetic field has a north and south pole, so what would happen if they would flip?
——————————————————————————————-
Subscribe for more videos:
Business Enquiries: lorenzovareseaziendale@gmail.com
——————————————————————————————-
First, let’s lay down some definitions. The Earth rotates around its geographic north Pole, this pole would take massive amounts of energy, akin to a giant asteroid, to move and generally stays where it is. In a globe, the geographic north pole is marked by the top part of the stick that connects the globe to the mount. The bottom part is the south pole of course.

Unlike their geometric counterparts, the magnetic poles are wandering points. This has to do with the fact that our Earth’s core is not a solid bar magnet, but rather a very dense magnetic liquid. Changes in this liquid affect the shape, strength and orientation of the magnetic field, which can have some major effects for us.

Direct measurements of the magnetic field have been ongoing for over 4 centuries now, and in this time we have mapped the path of the magnetic north pole very accurately. It wanders around a lot, but it has always stayed close to the geographic north pole. A flip would require the magnetic pole it to move down past the equator, towards the other pole, so that a compass would now point south instead of north.

However, if we go back much further in time then we can see that the magnetic field has flipped 183 times in the last 83 million years. That means that we should have one flip roughly each 450000 years. However, these same measurements indicate that the last flip happened around 780000 years ago. That is almost twice as long as the average, which implies that we are long overdue for the next flip. Perhaps it is already happening!

How do scientists know this, you might ask. For the last 400 years we could measure it the location of the magnetic poles directly. The rough process is to compare compasses on different locations and triangulate the location of the poles. But before that we did not have the technology nor the knowledge to measure these things. The way that we managed to find out the location of the magnetic poles further back is by observing particles that were somehow ‘frozen’ into place during a certain time and point to the position that the poles had when they were still mobile. If we find a 1000 year old magnetic particle that has not moved since then, we can tell where the poles are based on its orientation. The scientists basically look for very old compasses.

The most popular source for these particles are cooled volcanic flows, which have very accurate measurements but of course do not happen on a continuous basis. Alternatively scientists look for these frozen particles in sedimentary deposits on ocean floors. These stack in a continuous process, but the problem there is that it is very hard to date the layers of sediment accurately. A new and very promising method of determining the past magnetic field is based on the observation of stalagmites. These are rock structures that are formed over the course of thousands of years by a constant dripping in a cave. Magnetic particles that float around in the cave get caught by the drop and become part of the structure.

This method is very promising because stalagmites form in a very controlled manner and are easy to date, it is a destructive process however and we have a limited amount of them.

Science & Technology
What If You Jumped Into a Pool Full of Honey?

Science & Technology
Why is Tesla worth 100 billion dollars?

Science & Technology
What If There Were Only 1,000 People Left on Earth?
© Blimpt 2020. All Rights Reserved