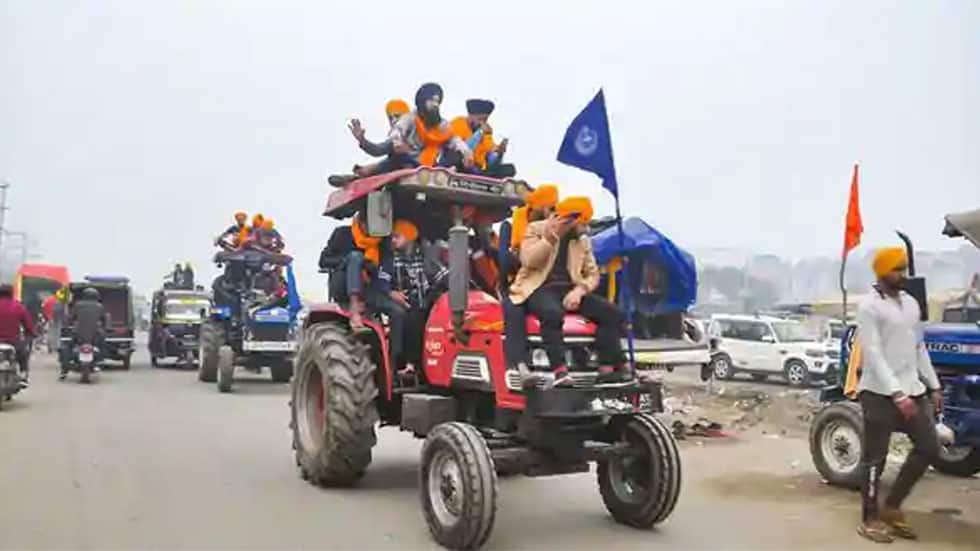 
NEW DELHI: More farmers from Punjab and Haryana are set to join thousands of farmers who had been protesting in the national capital since November 28 last year, demanding a repeal of the Centre’s three farm laws and a legal guarantee on the minimum support price for their crops.

According to reports, hundreds of farmers had left for Delhi in a large convoy of tractor-trollies from Amritsar to participate in the protest parade announced by farmer unions on the upcoming Republic Day.

The farmers have planned to hold a rally parallel to the Republic Day Parade, calling in farmers from across Punjab and Haryana to participate. A village in Punjab’s Sangrur has even decided to fine those who choose to stay out of the rally.

Aiming to stop the rally, the Centre had filed an affidavit in the Supreme Court, where it said disruption of the Republic Day parade will be an “embarrassment to the nation”.

Contending that it has “done its best” to engage with farmers, the Centre said,  “The farm laws have received wide acceptance throughout the country and, therefore, some farmers and others objecting to the law had put a condition of its repeal, is neither justifiable nor acceptable”.

It may be recalled that the Supreme Court had on Tuesday (January 12) stayed the implementation of new farm laws till further orders, and decided to form a four-member committee to resolve the impasse between the Centre and the farmers’ unions.

During the hearing in the apex court, when farmers’ advocate ML Sharma said that farmers protesting on the borders of Delhi have complained that several people have come to discuss the issue of new farm laws but why didn’t Prime Minister Narendra Modi attend the meeting?

Chief Justice S A Bobde, who headed the top court bench headed, said, “We cannot ask the Prime Minister to come to the meeting, because he is not a party in this case.” Solicitor General Tushar Mehta then said that Union Agriculture Minister Narendra Singh Tomar is already holding talks with farmer unions as the matter is related to his department.

The Supreme Court has also stayed the implementation of the three laws — the Farmers’ (Empowerment and Protection) Agreement on Price Assurance and Farm Services Act, the Farmers’ Produce Trade and Commerce (Promotion and Facilitation) Act, and the Essential Commodities (Amendment) Act — against which several petitions have been filed challenging their constitutional validity.

Thousands of farmers, mostly from Haryana and Punjab, have been protesting at several border points of Delhi since November 28 last year, demanding a repeal of the three laws and a legal guarantee on the minimum support price for their crops.

News
Exclusive-Trump Slams Huawei And Its Suppliers One Final Time