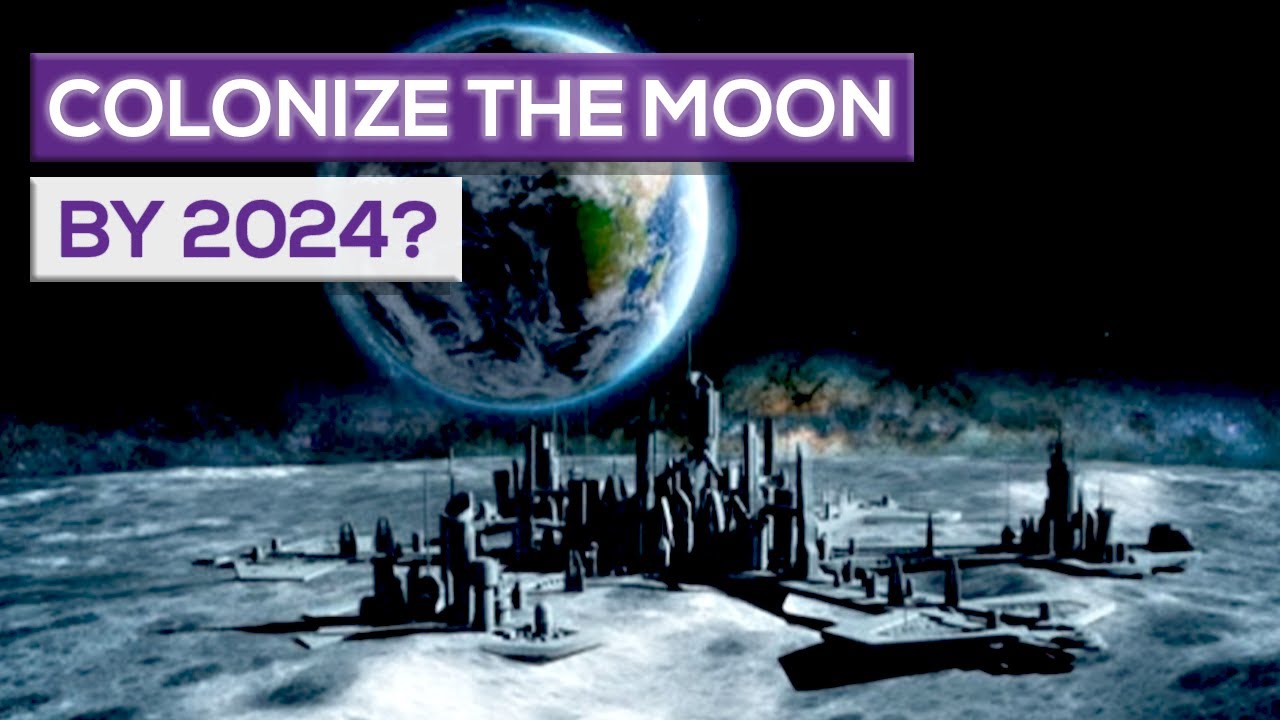 From whether we can get to it regularly, to why it would need to be done a certain way, join me as we explore whether we can colonize the moon by 2024( or 2030)To the moon!

Let’s be honest with ourselves for a minute, shall we? As we begin this brand new decade of life on Earth, there are certain “goals” that every nation is trying to achieve. And for a more “global” goal, the mission is to get to Mars…and then start to colonize it. Trust me when I say that there are a LOT of plans on how to get to Mars in a decent amount of time and to start colonizing it as soon as possible. To the extent that if the plans work, and if everything goes as it should, we could be living on Mars in a certain capacity by the end of the decade.
But for some scientists, they see this as…inefficient to a certain extent. Not the least of which is because Mars is hundreds of millions of miles away from Earth at its closest point (due to the orbits of Earth and Mars not being on the same timeframe), and yet there is something much, MUCH closer to Earth for us to colonize…the moon.
Now sure, Mars has been the focus in recent years because of discoveries of water on Mars, and certain other things that could make it a livable place, but what about the moon? Have we honestly ever thought about colonizing it? Yeah, much more than you might think. In fact there are plans to potentially have it done by 2024, and one time there was even a plan to have it settled by 2022.
So what exactly has stopped us from doing this wonderful thing? Simple, money. Isn’t that always the answer? NASA used to be a very well funded operation, but now, their budget is much more slashed than in previous decades. While we are still aiming to get to Mars, it’s much more of a long term project for NASA, while companies like SpaceX are doing more private and low-cost funding in order to help them get to their goals for the red planet.
Thus, by that token, one cannot have one and the other. Do we colonize Mars, or the moon? Most people have chosen Mars for various reasons, but not all, especially since some people believe they can do it AND Mars within the budget NASA:
“The US could lead a return of humans to the surface of the Moon within a period of 5-7 years from authority to proceed at an estimated total cost of about $10 billion (±30 percent),” conclude NASA’s Alexandra Hall and NextGen Space’s Charles Miller in one of the papers about colonizing the moon.
A bold claim, and one that got many people’s attention. Especially when he explained how a formerly $150 billion dollar spacecraft would now cost $10 billion total for the whole thing. The answer there is that technology has grown a lot since the 70’s:
“The big takeaway,” McKay told Popular Science, “is that new technologies, some of which have nothing to do with space – like self-driving cars and waste-recycling toilets – are going to be incredibly useful in space, and are driving down the cost of a moon base to the point where it might be easy to do.”
In short, since we already have the materials here on Earth to build spacecraft, and people at SpaceX are doing it much cheaper than NASA, there’s no reason to think we can’t go to the moon and set up colonies there all the while doing our thing here on Earth and getting ready for Mars.
Some even think that the need to go to the moon ( lunar surface) is a perfect “prequel” to going to Mars:
“My interest is not the Moon. To me the Moon is as dull as a ball of concrete,” NASA astrobiologist Chris McKay, who edited the special, open-access issue of New Space journal,( use news) told Sarah Fecht over at Popular Science. “But we’re not going to have a research base on Mars until we can learn how to do it on the Moon first. The Moon provides a blueprint to Mars.”
Everything in regards to the moon colony mission is being furthered every day, especially when it comes to things like Blue Origin offering to help get people there.
What is Blue Origin? Well, that would be Jeff Bezos’ (founder of Amazon) personal space company (not unlike what Elon Musk has with SpaceX), and what he is working on is a reusable engine that wouldn’t just send astronauts to the moon, but also send tourists into space. All of which would help make Bezos billions of dollars in contracts from various space agencies since his rockets are currently very advanced. Plus, having reusable rockets saves time from having to build individual ones for each mission. Which obviously can be very costly as well.
Has he actually proven that his rockets work? Yes, actually he has, he has two rockets that he has both in the works and is also testing. One of them is the 59-foot New Shepherd Model. This is the one that he aims to use to put people into space. In May of 2019 he launched and landed one of these powerful rockets without any issue.

Science & Technology
What If We Lost Gravity for 5 Seconds?
© Blimpt 2020. All Rights Reserved