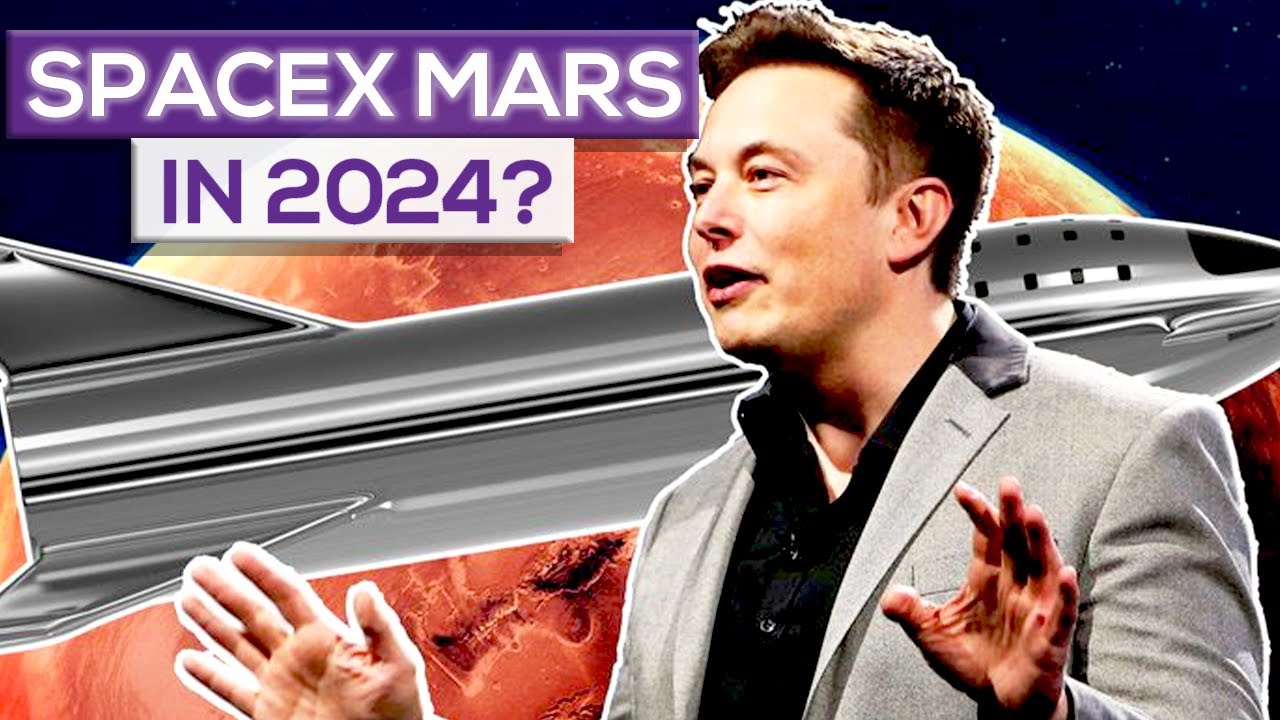 Can SpaceX Get Starship To Mars By 2024?

From its likelihood, to whether SpaceX is the right person for the job, and more, join me as we explore whether SpaceX can get his starship to Mars by 2024!

The mission to Mars is without a doubt the “mission of the decade”. This is what many groups, including NASA and other international agencies are attempting to create. One of those groups though is a privately funded one called SpaceX. And it’s a team that is truly trying to go and get to Mars within the next few years. But to understand if that’s even possible, you really need to know more about SpaceX itself.
“SpaceX designs, manufactures and launches advanced rockets and spacecraft. The company was founded in 2002 to revolutionize space technology, with the ultimate goal of enabling people to live on other planets.”
While that may sound very basic, it’s actually quite a complex thing. You see, for all the advances that humanity has made in regards to going into space, the fact of the matter is that it costs a LOT to do that. So much so that the United States main space agency, NASA, was hit with major budget cuts because the attempts they were making to revolutionize space travel just wasn’t working.
Enter Elon Musk, one of the richest men in the world, and a man who truly believes in trying to make space travel not just the future, but the present. He founded SpaceX in 2002 to try and make space travel better, cheaper, more accessible, and beyond, and as the Space X website loves to boast, since 2002, they’ve had quite a few successes:
“SpaceX has gained worldwide attention for a series of historic milestones. It is the only private company capable of returning a spacecraft from low Earth orbit, which it first accomplished in 2010. The company made history again in 2012 when its Dragon spacecraft became the first commercial spacecraft to deliver cargo to and from the International Space Station.
SpaceX successfully achieved the historic first reflight of an orbital class rocket in 2017, and the company now regularly launches flight-proven rockets. In 2018, SpaceX began launching Falcon Heavy, the world’s most powerful operational rocket by a factor of two.”
So as you can see, this is more than just a company, it’s a place with a mission, and that mission is to get humanity into space, onto Mars, and more. And it’s been working REALLY hard to try and get a manned flight into space, and it’s getting closer than you might expect!
Why is that? Because Elon Musk over the last several months and years has been building various spaceships like we noted before, and in recent months, he’s been testing the ones that he believes will send us to the planet Mars, including the line of ships he simply calls the Starship.
The Starship architecture consists of a big spaceship called Starship, which Musk has said will be capable of carrying up to 100 people, and a giant rocket named Super Heavy. Both of these vehicles will be reusable; indeed, rapid and frequent reuse is key to Musk’s overall vision, which involves cutting the cost of spaceflight enough to make Mars colonization and other bold exploration feats economically feasible.
You see, that’s the big problem with going to Mars and trying to set up a home there. It’s easy in concept, we just have to get there, set up a home, make sure it can withstand certain things and self-sustain eventually. But with how things actually work? We’re talking hundreds, thousands, even tens of thousands of hours trying to figure out all the potential problems that could happen on Mars before we even set foot on it! And of course, since things NEVER go the way we think they will, it’s going to inevitably turn into a thing where we’re trying to make things work on the fly, or have to counter some big issues that no one saw coming.
But if you think that this is stopping Elon Musk from dreaming big and trying to get us to Mars and beyond? You don’t know Elon Musk.
Before we dive more into the big dreams of Elon Musk, be sure to like or Dislike the video , that way we have a feedback to improve our work, and subscribe to the channel! That way you don’t miss ANY of our weekly videos!
Musk wrote that the eventual goal is to launch each Starship vehicle three times per day on average. Each Starship will be able to carry about 100 tons of payload to orbit, so, at that flight rate, every vehicle would loft about 100,000 tons annually, he explained.
Now, Musk may sound like he’s just spouting out a number here (and if we’re being honest…he kind of is) but in truth, he is trying to abide by the laws of space and reality. What do we mean by that? Simple, when it comes to the facts of space travel, having the right windows to travel in are essential. Not the least of which is trying to minimize travel time by making sure you are in the correct windows.
Confused? I’ll explain.