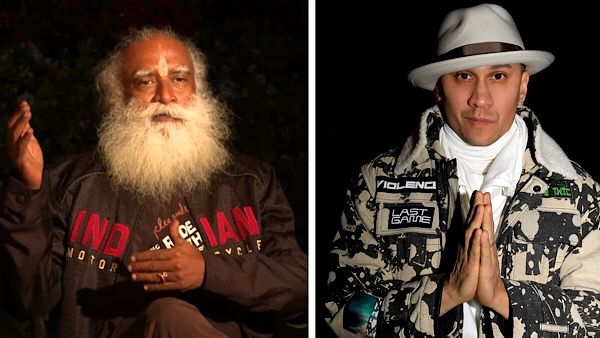 
American rapper Jamie Luis Gomez a.k.a Taboo of the hip-hop group Black Eyed Peas sat down to have a fireside chat with Sadhguru, founder of Isha Foundation. Marking Indigenous Peoples Day, the conversation on Native American culture and spirituality, was hosted by MC and DJ Marcus Guinn.

The conversation between Taboo, Marcus (both of indigenous backgrounds) with Sadhguru, who is currently on a 10,000 mile journey by bike across North America exploring spiritual cultures of Native Americans, was enlightening and inspiring to say the least.

Sadhguru started off on a note of apology for not having heard much of Taboo’s music but was especially happy to talk about the rapper’s 2016 single ‘Fight’, one that he had heard recently.

Suggesting ‘Where is the love’, one of Black Eyed Peas’ first major hits, Taboo vowed to get Sadhguru on to more of their music. Talking further about how social messaging has always been part of the DNA of Black Eyed Peas, Taboo said, “We always make sure that we are socially conscious and also spread a message about our surroundings and what’s happening.”

Talking about ‘Fight’, Taboo said, that it was a direct reflection of the trauma that he experienced as a cancer survivor. Taboo was diagnosed with cancer in 2014 and he underwent twelve weeks of chemotherapy combined with holistic healing to offset the effects of westernized medicine.

Taboo went on to share that after his recovery, he went on a journey to connect with his Native American roots, which became a vital part of his healing process and becoming a voice that stands for his people.

The little over one-hour long ‘Indian to Indian’ conversation covered much more: the wisdom of Native Americans and their rootedness with earth, the most powerful and spiritually charged place in North America, the way forward for indigenous people, and how strongly relevant the Native American culture is in today’s world as the planet undergoes environmental destruction.

The Native American way, which held the environment in their hearts and not text books, is the way we need to go about caring for our planet, suggested Sadhguru, who himself has launched and made significant difference through a number of environmental movements in India. One of these is the Rally For Rivers, the largest environmental movement on the planet with the participation of 162 million people.

Plans were made during the conversation. If they are followed through, we may get to see Sadhguru and Taboo collaborate on a ‘cool seminar in a hip-hop show’! 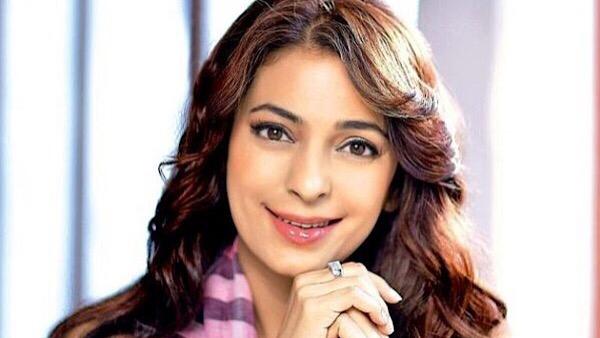 ALSO READ: Juhi Chawla Opens Up On Her Thoughtful ‘Gift Of Trees’ Trend For Special Occasions

Entertainment
Ryan Reynolds Casts His First Vote In The US, Thanks Wife For Making ‘First Time So Gentle & Loving’