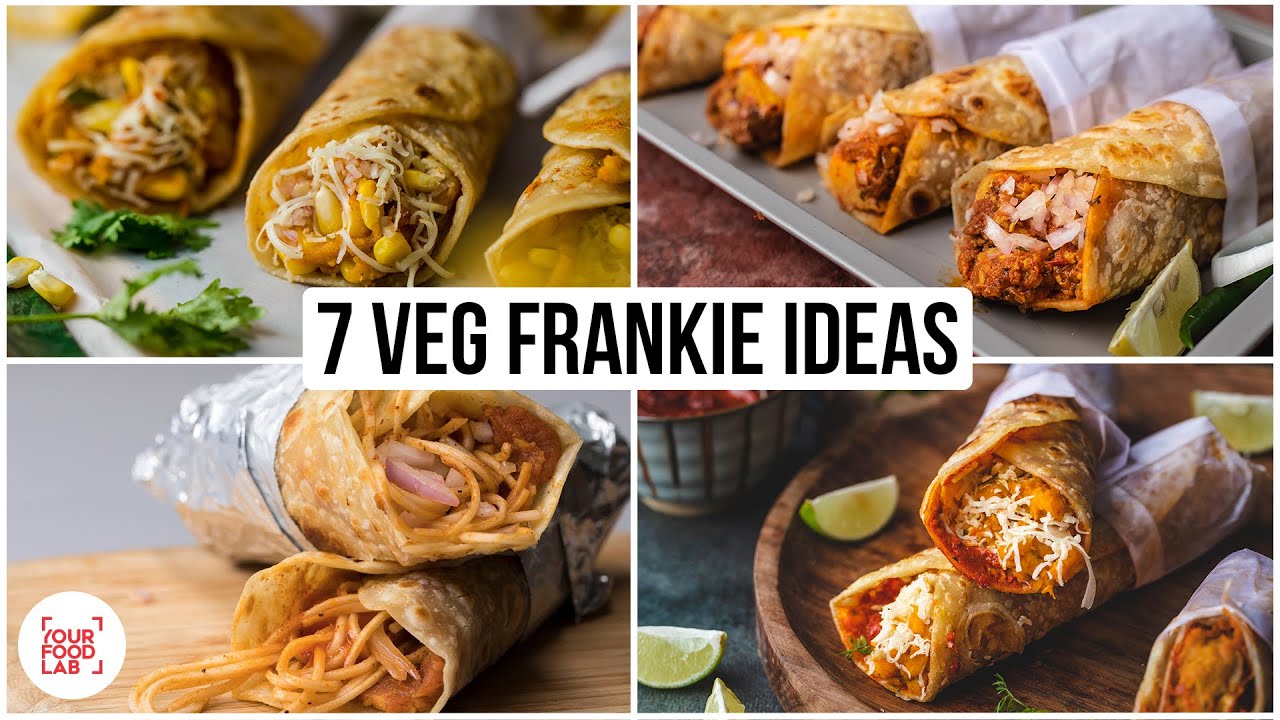 During this lock down we are craving a lot of that chatpata street food, (I am craving it a lot, can’t live with out it) and Frankie or rolls is one such recipe which is prepared with hundreds of different fillings be it veg or non veg. I have been trying to curate lists of ideas for each category of foods we are craving right now jus like is did 10 ideas to cook eggs. This is one is a list of veg Frankie ideas which I am sure you are going to drool over. All of these recipes are watched over millions of times by you and a lot of you have tried these recipes, this is for the viewers who have missed a few of these recipes or just to give you an idea of different veg frankies you can cook at home to satisfy your street food cravings.
My personal favourite is the veg combination frankie which I used to have it in my college canteen and I used to love it, it may sound a little off that potato filling is mixed with noodles, but believe me it tastes awesome and this is another viral YFL recipe.
I have included the ever famous frankie masala recipe in the beginning of the video, this is the main flavour in any frankie you prepare but if you are lazy you could use chaat masala (I would never do that but still, only if you’re lazy). I have also included two types of rotis in the beginning, one is the street style maida roti & the other one is just like our chapati. I like to prep it half cooked and then cook it gain before serving, nice and crispy. You could use any of the rotis as per your preference.
There are 8 filling ideas in this compilation but I have many more ideas which are uploaded which are either non veg or egg based, you can check them out too. I know there would be a lot of ingredients in these ideas which would not be available right now, but you could surely add some other ingredient as a replacement or just omit that particular ingredient, don’t be stuck in a recipe, think how you can still make it and enjoy it! Just prepare any filling with whatever is available at home at this moment!!
If you are cooking any of these frankies, the full recipe links are below.

To make home made schezwan sauce:

#Lockdown #StayHome #Withme
Join us on: